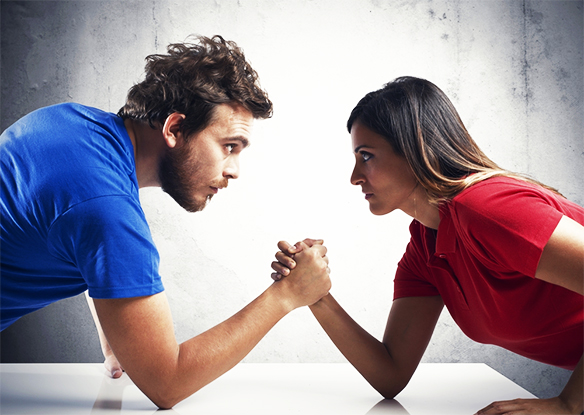 When talking about new technology, the most standout component today is digital communication. Social media is the most prevalent technological intervention in today’s society; and thus, it is responsible for the most powerful movements in society. Others include digital journalism and televised programs, which also impact societal beliefs that define gender, especially being a woman.

How the Media Defines Being a Woman

Most often, women are portrayed negatively in the media. The images and words used send messages that define being a woman through a male gaze lens, emphasizing femininity and enforcing socially constructed gender roles. 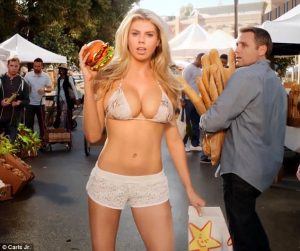 Male Gaze. Male gaze refers to a narrative technique that shows women based on a presumably white cisgender male audience. As these depictions are repeated in the media, they become more accepted as appropriate and expected behaviors from women. These depictions evolve into something more than just the male gaze. Women judge themselves based on the male gaze, and they become conditioned to think about themselves through a male perspective.

Gender Performance. In addition to how a woman should appear, the media also condition being a woman. Gender performance refers to the right ways to do gender. Performance expectations are learned as individuals grow up and experience more. To name a few, women are expected to be slim, enjoy shopping, be caregivers, not understand sports, and avoid masculine careers. Not only does the media tell women what to look like, but it also tells women the proper ways to be a woman. Women perform their gender according to male expectations.

“How anyone possibly expects us to feel confident in said decisions is beyond me.” – Danielle Campoamor

Danielle Campoamor, a Huffington Post blogger, wrote an online article entitled “Why Being a Woman is Difficult,” which presents a list of struggles women face when making decisions because they want to perform the gender correctly. Campoamor explains that women live a life they are comfortable with society criticizing, not a life of their own. (http://www.huffingtonpost.com/danielle-campoamor/why-being-a-woman-is-difficult_b_7457032.html)

Social Construction of Gender. Gender is socially constructed. The ways in which gender is defined is solely derived from normalized beliefs in society, making it a social construction. Gender definitions have the capacity to change over time, but the female gender remains inferior.

Hegemonic Masculinity. Women are constantly shaped according to a patriarchal society in which hegemonic masculinity comprises the most ideal identification in society. Hegemonic masculinity is structured in a manner that is contingent upon subordinate relations with the female gender. Without the continued cooperation on behalf of females, the social order in society could potentially change. The increased visibility that new technology, such as social media, presents can be beneficial for women to earn a stronger position in society.

Though the overpowering negativity is reality, these presumed female gender traits only marginalize women. These messages do not eliminate women, as many are realizing. Social media is also being used more often to increase visibility regarding social movements and women’s priority in activism.

Women can Redefine Being a Woman

While the media has the capacity to shape women in disapproving manners, new technology also changes the capacity at which women can engage in social movements and set their priority in activism. The increased access to social media platforms opens opportunities for women to interject their definitions of being a woman and to unite in ways that could potentially change the world. 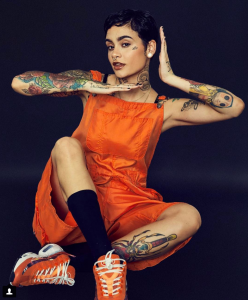 “Does it make you nervous I’m not afraid to say what I want?” – Kehlani, Singer

Challenging Male Gaze. Social media is filled with visuals and is very popular in today’s society. New technology allows women to redefine looking like a woman. Women can use social media to flaunt a plus size figure or an outfit with baggy clothes, challenging the male gaze that objectifies women.

Challenging Performance Norms. According to men, women should not be sports fans or contractors. Women can now use social media platforms to break those barriers, express their beliefs, and gain support while doing it.

Priority in activism. The 2016 election brought about lots of energy from women. Many are displeased with President Donald Trump’s views of women. As people around the world united and participated in the Women’s March, digital platforms were flooding with pictures from the different locations.

While society prefers women’s voices to be marginalized or silenced, the availability to share these experiences impacted people’s levels of respect for women. To see women protesting peacefully highlights that women are willing to challenge society’s performance expectations. Women visibly displayed that they do not have to be subordinate against their own beliefs.

Social organization. Social media also allows women to unite and build groups to support their fight in society. For example, Huffington Post has a Twitter page specifically dedicated to women. This page brings women and many others together to support women. These people are able to build communities using social media platforms.

While digital communication platforms present much about the female gender, the use of these platforms can be implemented to raise the status for any marginalized group. New technology allows anyone to capture moments in a photograph or videos. Utilizing the digital platforms allows for faster and wider sharing and visibility. 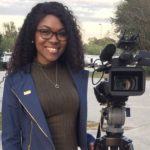