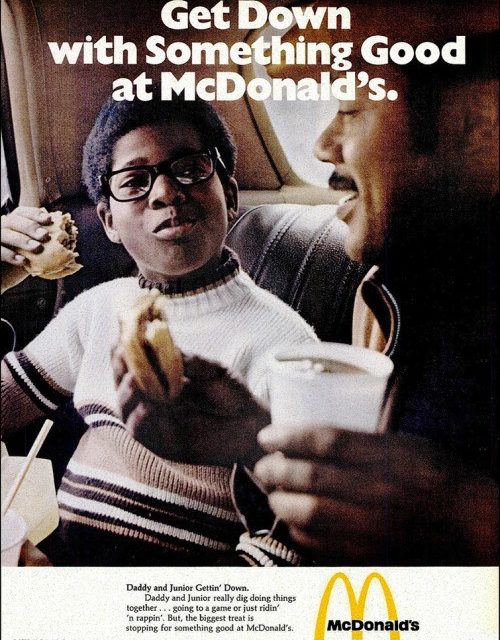 With the African-American dollars topping $803 billion spent annually on clothes alone, the minority doesn’t represent small when it comes to buying power, which explains the continuous and rigorous targeting of the group. Also, continuous is the increasing effort toward diversity in advertising, which seems to call for a lot of PR damage control. In many cases, advertisers try to maximize their market share by targeting this dynamic using antiquated marketing segmentation, which ignores demographic and psychographic factors in ethnic consumer purchasing behavior. Although blunders in attempts at diversity in marketing are not new, they are glaring in modern day.

In one instance of a marketing blunder, Supervalu, a Delaware grocer chain, came under the censure of civil rights activists for its “Black History Month” ads highlighting sales for corn bread, grape pop, and fresh greens. In another instance, a huge blunder by Colt 45 Malt Liquor drew wrath from communities from Michigan to Missouri, and is now under protests itself for its choices of billboard placements in certain strife-filled or rioting neighborhoods with its slogan “works every time (Pleasant, 2015).” Its high percentage of alcohol is also blamed for the increase of alcoholism among black people in those areas. Third, and competing for the worst blunder, was the launch of R.J. Reynolds’ “Uptown” menthol brand of cigarettes, which specifically targeted black males. The brand failed because of its strong nicotine content. Since menthol cigarette companies have recently been named “merchants of death” (Pleasant, 2015), the message appeared to some as a conspiracy to eliminate the black race.

Ignored in each of these examples were certain analytical tools and concepts that could have changed the outcomes of the campaigns or promotions. Arguably, there isn’t a fixed, coherent, or exhaustive definition of race. Social context shapes our opinion of what constitutes white or black or any other race, and there are no test results to back them up. It can’t be proven that the Irish race is prone to drink, the Jewish race is thrifty, and the African-American race as a whole can dance. Race is more an idea than a biology. And while white privilege affords representation for whites in almost every facet of American life, the targeting of a black audience can often be viewed, rightly or wrongly, as demeaning in its assumption of the people the ad will reach. Such opinions seem born of generations from which the dominating race has determined what is valuable or suitable for others.

There is also confusion regarding race, which is not limited to biology, and ethnicity, which is much more than affiliation. People identify with ethnicities more than they are born into them, and there is the ability to learn about and assume an identifiable ethnicity.

Race, while not limited to biology, has often become so institutionalized that it has traditionally invoked serious consequences on members of minority groups. The institutionalization appears as an obvious result of intersectionality, wherein race, gender and class as applied to different groups of people, form interdependent mechanisms for discrimination or disadvantage. Even a color-blind theology can be perceived as negative when recognized as the dismissal of race as important rather than its original belief or intent. Also, problematic is the frequent subconscious or conscious acceptance of the opinions, stereotypes and biases of one’s race or ethnic group by a larger race or group.

Changes in strategy: The 70s

One of the easiest corporate histories to follow regarding to marketing strategies geared toward the black minority is McDonald’s, and the corporation has dealt with its fair share of criticism over the years in its targeting of African-Americans.

Following the civil-rights movement, advertising changed, and McDonald’s sought to keep up and press ahead, thus taking advantage of the opportunity to expand their consumer base. Criticism resulted from their “Makin it” and “Dinnertimin” ads, and they took some heat for the “Get Down” promotion as well. The g-dropping was omitted in ads targeting Caucasian consumers and McDonald’s was faulted for not understanding their black audience (Mosbaugh, 2014).

McDonald’s ads were doing the right thing, though badly, according to some. Apparently, there wasn’t a familiarity with the target, and advertising agencies in those days depended on stereotypes for copy. They possibly invented new ones. Some critics believed there was a lack of respect for the black audience, and even as the African-American consumer was micro-targeted, that minorities without measurable buying power were left out.

The fast food chain proclaimed itself the largest employer of black youths in the U.S. and earned criticism for heralding McDonald’s as a driver for economic advancement in the African-American communities.

Modern day reactions to the 1970s ads include such as, “My God, these commercials are hysterical. It’s a parody of what a bunch of white Mad Men would conceive, having spent a weekend watching movies starring Pamela Grier,” and, “Painfully stupid ads aimed at blacks was not the end of it. This era was filled with painfully stupid and overly earnest ads aimed at young people, where everyone said ‘groovy’ and ‘let’s rap (in the ‘70s, “rap” meant “talk”) and dressed like a middle-class hippie (Bodenner, 2015).”

However, as damning as some report McDonald’s post-civil-rights history to be, there is more to the story. “You could probably credibly map the arc of mainstream media representations of black folks over the past 50 years via McDonald’s spots. And because culture is a dynamic thing, a spot-on appeal in 1975 might look hopelessly misguided in [2017] (Mosbaugh, 2014).”

One may have deduced that the McDonald’s ads were written by white people at this point, but a young black man named Tom Burrell was responsible. He started his company in 1971 and became a trendsetter whose company specialized in ads that targeted African-Americans. What may seem stereotypical in the 2017 marketplace didn’t outrage African-Americans in the 1970s.

There was another time other than the g-dropping ads when the slogan(s) was changed to better target black consumers when Burrell decided that the 1971 slogan, “You deserve a break today,” wouldn’t reach them. Rather than viewing a meal at McDonald’s as a special break, many African-Americans enjoyed it as an every-day thing. He changed the theme to “McDonald’s is good to have around,” and it saw great success.

Burrell rejects claims that his ads for the corporation had a negative impact on its African-American targeted audience. He also remains incredulous that his commercials “such as “Daddy’s Home”, “First Glasses”, “Joey”, “Double Dutch”, “Counting Fries,” “Family Reunion”, “Calvin” and countless other classics could be perceived as negative, cynical and shallow (Bodenner, 2015)”.

Given that, as problematic as today’s reactions to the decades of successful McDonald’s advertising could be and are, perhaps it is productive to acknowledge that things are more complicated in today’s advertising and PR world.

It follows that McDonald’s instinctively set about to do what any corporation can do with the right tools and concepts that are at its disposal today. The foundation for success remains “the respect with which we address the African-American consumer (Bodenner, 2015).”