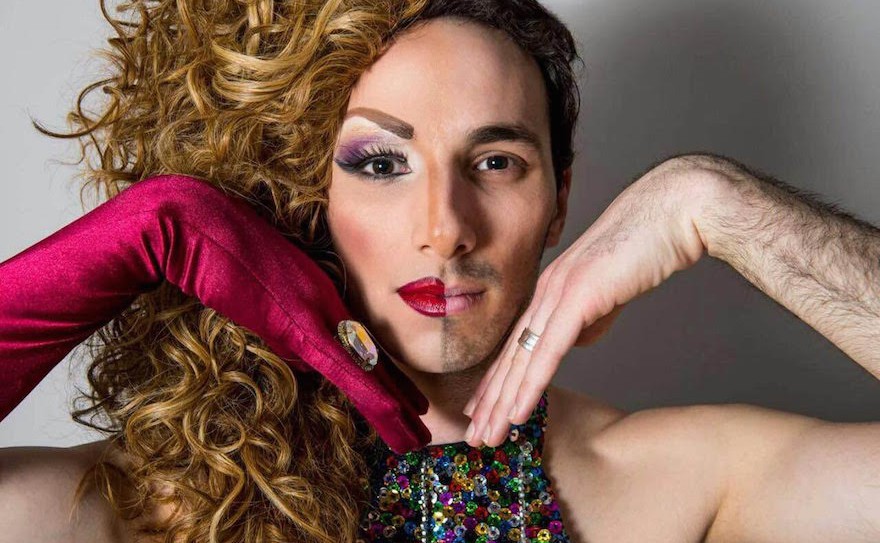 When we hear the term ‘drag’ in todays culture, we are thinking of the kinds of people on RuPaul’s Drag Race, the caked on make up and super flamboyant kind, but drag didn’t actually start out that way and it has been around for much longer than anyone expects. Since at least the 1500’s, back when Shakespeare was around, they would have men play the women roles in plays because women weren’t allowed to perform. Todays drag queens, in the traditional sense, are men dressing up as hyper-feminine, super sexualized women for the purpose of entertainment, but can also be women performing as hyper-feminine women which is called bio drag (someone performing as the gender they identify with) and vice versa, drag kings, would be women performing as men, like Lady Gaga’s VMA performance.

This idea of drag queens being hyper-feminine and super sexual beings is one of the many examples of things in our culture that are catered towards the male gaze. The male gaze is the concept of how media, advertising, literature, and visual arts ( so basically everything we see, hear, or read) show women from a masculine point of view, aiming to please men by making women out to be objects. This country was founded by men, built by men and built for men, more importantly straight, white men— but that story is for another time. With that being said, hegemony is the leadership or dominance of one country or social group over others, in this case we are specifically talking about gender hegemony, referring to the dominant position of males in our society. When I think of the stereotypical american man, I think deep voice, strong, always working, loves meat, loves guns, kind of loves his wife and—well, you get the picture.
But the men behind the beat face of a drag queen is typically a man who doesn’t fit this stereotypical masculine man, but these men who are normally put down by society because they don’t fit the mold of what they’re “supposed to be,” drag performance makes them more visible and gives them a platform to share who they are. On the other hand, drag can also be seen as mocking masculinity and challenging the male hegemony because it is rebelling against the idea of everyone needing to be that mocho-man.

As previously stated, drag performance at its roots consists of emphasizing the hyper-sexualized features on a woman’s body such as the hourglass figure which includes a big butt and boobs, and an unreasonably tiny waist, as well as exaggerated eyebrows and hairdos with the usage of wigs. All of these features and more play in to emphasized femininity and unrealistic body standards for women which again, are catering to the male gaze. However, many drag queens have been challenging those stereotypes lately and many popular queens do not comply with these beauty standards anymore. For example, Ongina and Sasha Velour are bald and do every character as bald an rarely wear wigs. 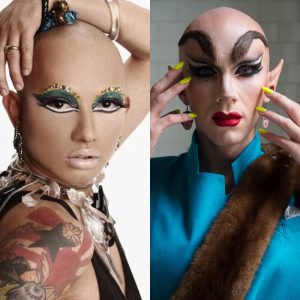 Naomi Smalls, Raja, and Violet Chachki don’t wear padding or fake boobs. Alaska Thunderfuck, who is the current reigning queen, as she won the latest season of RuPaul’s All Stars Drag Race 2, has a song titled “If you’re not wearing nails, you’re not doing drag,” but has since challenged herself on that, and stated that she doesn’t think that queens need to wear nails or heels all the time, as she sometimes wears flats to perform. Drag has been something that is so focused on the hyper-sexualization of the female body, which is problematic because it reinforces gender stereotypes. But with some of the biggest names in drag rebelling against traditional drag queen standards, progress is being made because gender roles are being challenged and the line between masculinity and femininity is slowly becoming more blurred.

Transgender drag queens have had a history of not being fully accepted in the drag community, as some say they are at an unfair advantage. A few years ago, RuPaul’s Drag Race aired an episode (that has since been pulled) where the contestants played a game called “Female or She-male” in which they were shown a picture of a person and had to guess whether said person was a drag queen or a cis-gendered female. Though the segment did not use pictures of transgendered women and was not directly aimed towards insulting the transgender community, many were upset over this because the word “shemale” along with the word “tranny” are notoriously offensive insults directed at transgendered people.

Monica Beverly Hillz and Carmen Carrera, who were previous contestants on Drag Race and have since come out as transgender women, are among those transgender queens who sort of found themselves through doing drag. Though drag is currently most popular when it is men-being-women performances, bio drag and transgender drag queens are still a part of the drag queen community and they are being marginalized.

RuPaul has said, “We’re all born naked, and the rest is drag.” Which is so true when you think about it! Every single one of us are participating in gender performance. Drag is entertainment, it’s a lifestyle, it’s a profession, it’s a hobby, it’s a community. Who gets to say who makes the rules, or if there are any rules? Drag shouldn’t be exclusive in who can participate. At its core, drag is a form of expression and a form of art, just as music is and just as you and me having a certain fashion sense is. Art is meant for self-expression and preaches acceptance and individuality, so wouldn’t it make sense for all queens to be able to be considered real queens? 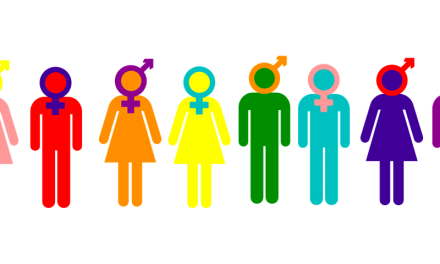