The Trouble with Gendered Toys 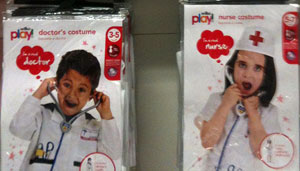 One of my earliest memories is of dismembering Barbies.

I had a box full of dolls, some inherited from my older sisters and some gifted by well-meaning adults, that I completely overlooked in favor of my brothers’ Legos and Hot Wheels. We decided to finally put them to use by chopping off their hair and hurling them at the ceiling fan until our playroom floor was littered with miniature limbs.

But while I was exposed to a large array of toys and allowed to choose what to play with based on my actual preference, many children are not. The gendering of children’s toys sustains rigid and damaging societal standards and have a profound effect on children.

Surprisingly, as women have made strides toward equality in recent decades, the toy industry has moved in the opposite direction. “The world of toys looks a lot more like 1952 than 2012,” said Elizabeth Sweet, a sociologist studying children and gender inequality. In the ’70’s, few toys were specifically marketed toward boys or girls and around 70 percent had no gender-specific labels at all, according to Sweet. Now, almost all toys are gendered. 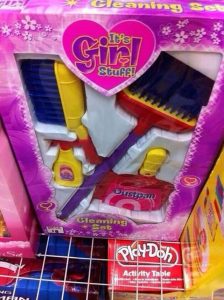 A serious byproduct is that “boy toys” and “girl toys” result in different cognitive development. Masculine toys encourage children’s physical, cognitive, academic, musical, and artistic skills more so than feminine ones, according to Judith Blakemore, a professor of psychology. Toys like Legos develop spatial skills and foster an appreciation for science and building things.

“Both genders lose out if we put kids on one track and they can’t explore,” said Lisa Dinella, associate professor at Monmouth University.

But while these toys may aid in some intellectual development, they reinforce gender stereotypes. 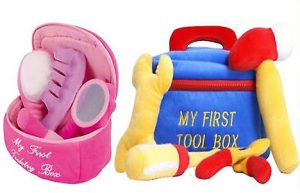 Most “girl” toys like the house cleaning playset and toiletry box showed above teach women from the earliest age that their job in society is to take care of the home and look pretty.

In an attempt to combat (or appear to combat) these sexist stereotypes, Mattel released Barbie’s “I Can Be A Computer Engineer.” It’s easy to see why the book was later pulled. 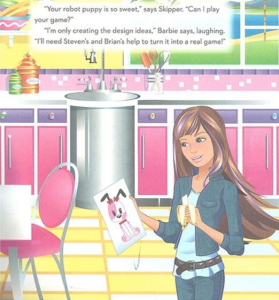 There’s also created a new “Engineering Barbie.” While it sounds like progress in theory, the set comes with a washing machine and jewelry rack for girls to fix.

“This is a schizophrenic solution to getting girls more interested in engineering,” said Dame Athene Donald, a professor at Cambridge University and president of the British Science Association.

“In a way they are addressing the problem, but they are also sending out a message to boys that they don’t need to get involved with washing. It’s damaging as it reinforces stereotypes that women do the chores, despite shared parental leave and work patterns now meaning housework is usually split between men and women.”

After housekeeping toys, “girl” toys relating to appearance are the most prevalent. Fake makeup sets, play jewelry, dolls to dress up, even books like the one shown above socialize girls into believing their looks are the most important thing about them.

This feeds into a society where the male gaze reduces and sexualizes women to objects only meant to be aesthetically pleasing to men. The term “male gaze” is used in context of media (think unnecessary shots of a woman’s body in film), but it reflects and feeds into society’s obsession and policing of the female body.

A Developmental Psychology study reported that “girls aged five to six were more dissatisfied with their shape and wanted more extreme thinness after seeing Barbie doll images than after seeing other pictures.” For girls aged 6 and 7, “the negative effects were even stronger.”

These toys also invite bullying for children that doesn’t subscribe to the clearly-defined gender boundaries.

Gender-specific toys support exaggerated ideals of femininity and masculinity. Princess and doll culture embodies society’s ideal femininity, or the idea of female sociability, fragility, beauty and motherhood. It teaches young girls passivity, the goal of looking beautiful while waiting for your Prince Charming to come save you. Superhero culture exemplifies ideal masculinity, with attributes like strength, aggression and dominance. If you’re “manly” and slay the bad guy, you’ll be rewarded with praise and women. When girls cross into “blue zones” or boys cross into “pink zones,” they’re censured by parents and mocked by peers. 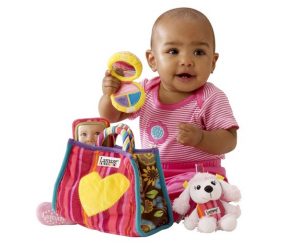 Girls get makeup, boys get tools. Even as infants. 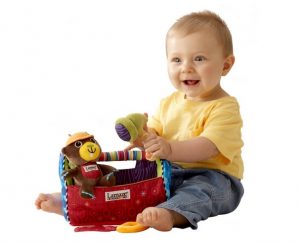 “We introduce social constructs by stereotyping what boys and girls receive from the earliest age,” Donald said.

These unsubtle messages teach children society’s gender construction and stereotypes, leading to gender inequality and discrimination against women and lgbtq+ people. With the rampant gendering of toys, the responsibility falls onto adults to actively encourage kids’ nonconformity and the manufacturing gender-neutral toys. 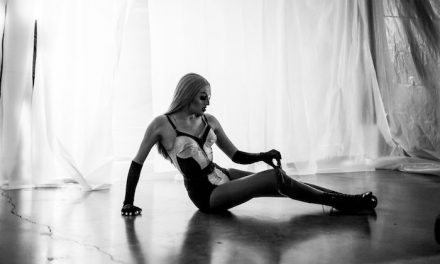