I always heard that my years in college would be the best time of my life. While I can’t tell you if the last four years of late nights and last-minute assignments will be the fondest years, I can say that I’ve learned more lessons, concepts and ideas than I ever imagined.

Applying the “personal is political” phrase to experiences in my personal life, here I explore how my personal experiences helped me gain knowledge on heteronormativity, morality and the ethics of sexual shame.

Heteronormativity: it affects all of us

One of the many lessons I learned from my experiences in college was to remain true to myself, despite my surroundings. Moving from Maryland to Louisiana took a long mental and emotional transition. Between the lasting racial tensions and outdated, traditional values I was greeted with, society as I knew it was running behind in the South.

After my first year of college, I decided to join a Greek organization. With sorority life, comes new friends, T-shirts and plenty of events. One of our main events is a formal evening date-function called Formal. At Formal, the women in the sorority are expected to bring a date so the couple can get dressed in their best evening attire, dance, eat, drink and take photos.

While I excitedly wrote the date in my planner, instructed my boyfriend to find a suit and started searching online for a dress, my close friend who was dating another woman worried whether she felt comfortable or not to attend.

Like the rest of society, Greek organizations (including my friend) had a heteronormative idea of what typical date-functions are supposed to look like.

Heteronormativity, as defined by Good Therapy.org is, “the assumption that heterosexuality is the “standard” sexual orientation and that all other orientations deviate from this norm, normalizes behaviors, values, and cultural aspects that relate to and reinforce presumed heterosexuality,” (Good Therapy).

My homosexual friend was under the impression that it would make people feel uncomfortable for her to bring another woman as her partner to the event. She was living under a heteronormative veil that prevented her from imagining a society that accepted homosexual couples as the norm.

My friend is only one of many LGBT members in the U.S. who feel discouraged to attend date-functions because of their sexuality. To paint another picture, imagine members of the LGBT community in the following scenarios: afraid to attend prom with their same-sex date, soldiers embarrassed to attend military balls or couples too uncomfortable to attend heterosexual weddings. 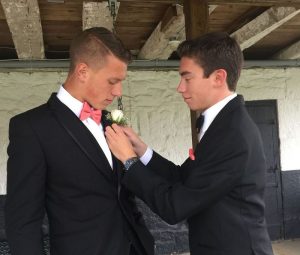 While I may have thought I knew everything there was to know about heterosexuality, heteronormativity was a concept I not only was unknowledgeable about, but also was unknowingly contributing to.

Morality: getting to know my own right from wrong

In addition to learning about heteronormativity, after being educated on women and gender studies I learned many views stem from different perceptions of morality. What I consider acceptable or moral differs from some of my friends, family and associates.

Being the pro-gay rights, LGBT ally that I am, one moment in history that made me consciously think about my morality versus another’s was the official legalization of gay marriage on June 26, 2015. I saw the announcement while scrolling through Facebook on my phone.

My friends from Maryland began changing their profile pictures using the Facebook rainbow flag filters celebrating the Supreme Court decision. After sharing a few inspiring celebratory photos and videos, I went back to my day. 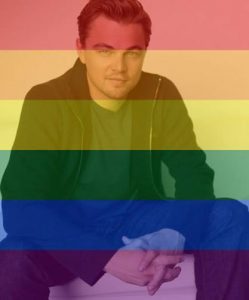 Later, I received a text message from my half- brother that said, “What do you think about the new ruling?” My half-brother and I grew up in different households, were raised by different mothers and lived different lifestyles. While he was raised in a Christian household, I was raised in my mother’s home where we had Christian faith, but weren’t frequent churchgoers.

When my brother sent me that text, I was taken back. First, I was unsure why he felt the desire to ask my opinion on the subject? Then, I was almost certain his viewpoint on gay marriages so I questioned whether he knew mine.

This was one of the moments I was encouraged to question my sense of morality and what I considered to be right or wrong with someone’s sexuality. Unlike my brother, I believe individuals should have the ability to legally marry whomever they desire without discrimination based on gender.

After years of basking in the approval of my family and elders, I responded to his text message saying, “I think it’s a great thing. I think this will benefit a lot of people’s lives.”

At that moment it wasn’t about my brother’s idea of what was ethical or acceptable, but I had to advocate for my own set of morals which included not letting religious beliefs dictate whether individuals can express their sexuality and have their union’s recognized by the law.

The issue with teaching sexual shame

In addition to gaining experience with different ideas of morality, in college I also discovered how I’d been living with sexual shame. As a child, there were four things I knew to be bad: drugs, sex, alcohol and boys. While my mother and I talked about sex, our discussions usually were focused on the consequences of sex.

After having images of syphilis, herpes and gonorrhea ingrained in my memory and hearing stories (including my mother’s) of girls have children at young ages, I was terrified of the idea of having sex. As a teenager, girls at school and in my age group were losing their virginities, getting pregnant and having abortions or carrying the child.

Reality shows like 16 and Pregnant and Teen Mom were coming to life before my own eyes. Naive and close-minded, I always thought that if I were in one of those sexually active girl’s shoes I’d feel bad, sinful or risqué. 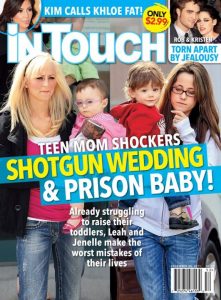 My mother always told me to not grow up too fast and didn’t want me to date until I was in college. Subconsciously I stored sex in a negative box that I wouldn’t open unless I decided to push my morals to the side. This idea is an example of sexual shame.

Sinclair Intimacy Institute defines sexual shame as, “ a feeling of grave responsibility and deep remorse associated with participation in or even thoughts and fantasies about sexual activity.”

They continued by saying, “Individuals who feel guilt related to sex or particular sexual activities generally believe that sex (or a specific sex act) is immoral, sinful or unclean,” (How Stuff Works Health).

While parents should educate their children on the importance of contraception and consequences of unprotected sex, they should also be cautious of not encouraging sexual shame. The Sinclair Intimacy Institute said individuals who have a high level of sexual shame may have a heightened health risk because they are emotionally unable to employ safer sex behaviors that involve taking conscious responsibility for sexual acts (How Stuff Works Health).

Teaching children or individuals that sex or expression of their sexuality is a bad or “dirty” thing can be detrimental to their mental and emotional health in the near or later future.