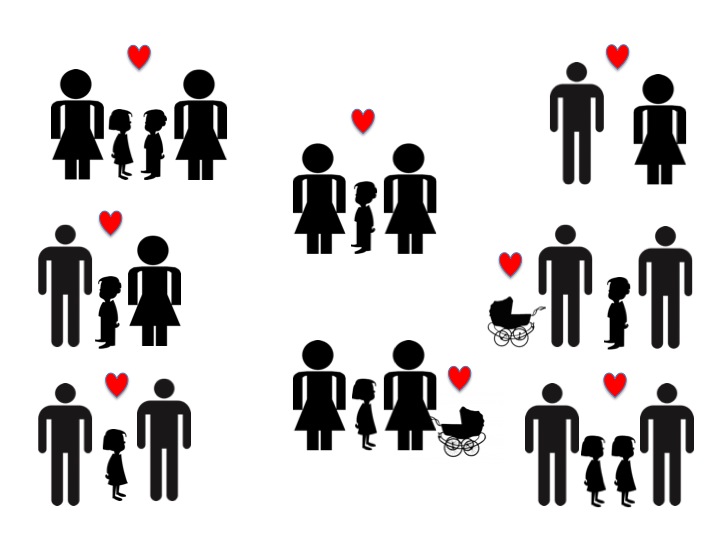 South Louisiana is the place I get to call home. It is hot and humid, it is full of life and rich in culture. Amongst all the wonderful things Louisiana has to offer, it is also full of people who have strong opinions. They like their food spicy, their drinks strong, and their president republican. While that is not to speak for everyone in Louisiana, it sure goes for a large portion of the people, especially my family. My entire family are heavily conservative republicans. Most of them openly and proudly voted for Trump, and even have the t-shirt to prove it. I was raised believing in and being fed traditional conservative values and the word democrat, even still to this day, has a negative connotation in my mind, because that’s all that I ever knew.
Now I am my own person and have experienced the world enough to form my own views, but growing up, when the only side I got to hear was my parents opinions, that definitely had a huge impact on the way my view of the LGB community was shaped.

Michael Albert, a writer for Z Magazine, put it best when he said, “In each instance, we uncovered that ‘the personal is political,’ i.e., the experiences, feelings, and possibilities of our personal lives were not just a matter of personal preferences and choices but were limited, molded, and defined by the broader political and social setting. They feel personal, and their details are personal, but their broad texture and character, and especially the limits within which these evolve, are largely systemic.”
My views were shaped by the way I was raised, but my parents views are what they are because of the information that they continue to consume. As republicans, they are heavily influenced by conservative media, and it continues to mold they’re opinions just as they molded my opinions growing up. My mom always accuses my dad of having selective hearing. He hears what he wants to hear and ignores what he doesn’t want to hear. Similarly, many people are guilty of selective exposure. Of course, the issue with this is that your beliefs are only ever being reinforced, and not challenged. I’ve witnessed this firsthand within my family. Ever since I can remember, my parents have always listened to Rush Limbaugh and Bill O’ Reilly and watched Fox News and not much else. So you can imagine the information and ideas I was constantly taking in. Growing up, I wasn’t really sheltered but just was never really exposed to or knew anyone who was gay until I was about 12, when I found out my cousin is a lesbian and I was devastated. I remember crying so much and it really affecting me and I remember my reason for being so upset was because she was like a sister to me and I wouldn’t want my sister to be that way. Looking back, only now do I realize just how strong of an influence my families conservative values had on me. They never explicitly taught me to hate gay people, I was just told it wasn’t natural and wasn’t right, which in turn caused me to act out in the way that I did and be disgusted by the idea of it within my own family. This was a result of my families heteronormative views.

Heteronormativity
Heteronormative is defined as denoting or relating to a world view that promotes heterosexuality as the normal or preferred sexual orientation. So basically just assuming that everyone you meet is heterosexual and not really questioning otherwise. If you meet a member of the LGB community and automatically assume that they are straight, that immediately takes away from who they are and makes that person feel like they can’t be themselves or that what they are isn’t okay because it isn’t normalized. I only recently learned about heteronormativity and honestly I had never before thought about the issues that arise from having a heteronormative mindset. But my whole life heteronormativity is all I’ve ever known or been taught, so being LGB still isn’t completely normal to me. But this way of thinking, and this internalized prejudice that I had towards the LGB community is because of how I was raised and what I was exposed to.
One of my really good friends Scott was also raised in a home with conservative views. Except it’s a little different because Scott is gay. I think Scotts perspective on this topic is important so I asked him a question about how growing up in a conservative home affected how he saw the LGB community.

Q: How did heteronormativity affect your upbringing?
A: I think heteronormativity makes every LGB person’s upbringing a little more difficult. Especially in the time and surrounding environment that I grew up in, I was largely taught that being straight is “normal” and being gay is weird or even wrong. This made it difficult when I actually started to realize that I am gay because it felt like I was a freak and what I am is wrong. Men are always asked if they have a girlfriend or have been hooking up with any girls and it never occurs to people that a large population of men aren’t into girls. People would always assume that I was dating all of my female friends and would be weirded out when I would say I wasn’t and they’re just my friends. Heteronormativity definitely made my upbringing harder than it should have been because I was taught that heterosexuals were “normal” and I was not. Now that I’m older, I do have different feelings about it though. I realized you can’t really blame people for being heteronormative and acting that way because reality is, like 95% of the population is straight so statistically, they’re right to assume. It still does irk me sometimes when people don’t even see it as an option.

Sometimes I get angry when I think about how I was raised with such close-mindedness, but I also agree with Scott in that I can’t really blame my parents for that because heteronormativity is so present in our media and everyday lives and we don’t even realize it. 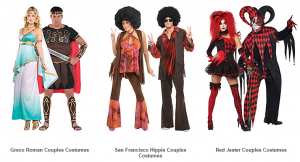 It’s in our halloween costumes, only representing straight, white couples. 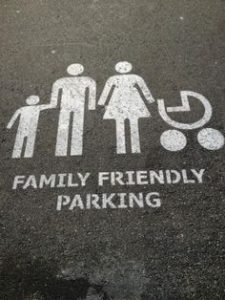 It’s on our roads, only representing families that consist of male and female counterpart. 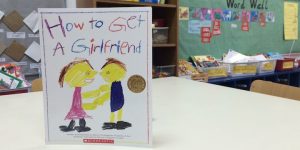 It’s in our schools, teaching kids from a young age that hetero=normal.

As a society, a lot of the times we take in what we see without question. But this isn’t okay anymore. The media and advertising are heavily lacking in LGB representation, and it’s time that changes.