ABRA: The Carefree Black Girl of my Dreams and How she Manipulates Gender Roles 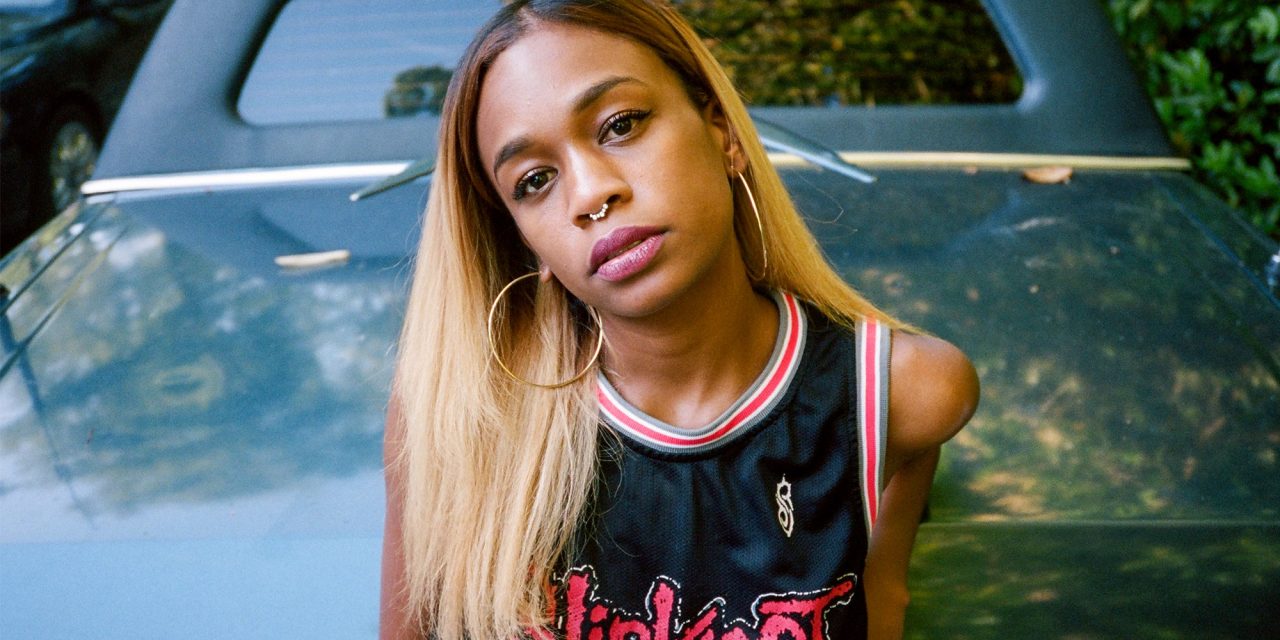 Atlanta-based R&B singer and producer, ABRA, has acted as a prostitute, tomboy and a hopeless romantic in three of her music videos. As the first woman signed to Awful Records recording label, ABRA knows not only how to break barriers in her career but also through her music videos.

ABRA’s music videos for her songs including, “Pull Up,” “Fruit” and “U Kno” each carry individual messages while touching on broader subjects like gender roles, the male gaze and masculinity.

In her music video for “Pull Up”, the fourth song on her 2016 album Princess, ABRA and her friend act as prostitutes who go to a hotel with a man who gives them alcohol, throws dollar bills over them and watches the women dance.

In the video, ABRA and her friend wear scarce and see-through clothing paired with high heels and makeup to create the female prostitute image.

This scene established the gender roles in this particular scenario. Gender roles, as defined by Oxford Dictionaries is, “the role or behavior learned by a person as appropriate to their gender, determined by the prevailing cultural norms.”

In the video, the able, white, unkempt male pays for pleasure from the attractive, poor female prostitutes on the side of the road. This paints the picture that males make money and can pay for women like objects.

In addition to establishing stereotypical gender roles, the video is shot from a male’s perspective, also known as the male gaze.

For her song “Fruit,” the fourth track on her album Rose, the theme of the music video contrasts what viewers see in “Pull Up.” In this video, ABRA depicts herself as what appears to be her most natural self, a tomboy. She tosses a ball back and forth, rides on her skateboard and wears Adidas track pants, sneakers and no makeup.

Throughout the “Fruit” music video, ABRA was able to show her true self, which was undone and comfortable. She also was able to showcase her masculinity. Masculinity is what society says is appropriate behavior for a man.

Instead of wearing makeup, having her hair styled or accentuating her body, ABRA wore athletic clothes, while also being athletic herself with a ball and skateboard.

Similar to the video for “Pull Up,” ABRA’s music video for “U Kno” reinforces gender roles by depicting herself as inferior to the male subject.

In this video, ABRA is placed in a bathtub with a shirtless, white male in denim jeans. ABRA, on the other hand, is shown bottomless and braless, wearing ponytails and a choker. In a few of the scenes ABRA is shown holding onto the male’s leg, clinging onto him, which depicted need and inferiority to the white male.

However, towards the end of the video, ABRA holds and plays with the male’s face in her hand. She shoves and rubs his face back and forth as if she gained control and he was possessed or under her control. This shows a switch of power from male to female.

While ABRA, “The Dark Duchess,” may produce songs and music videos that are visually and audibly intriguing, her messages about relationships and gender are deeper than what’s seen and heard on the surface of her music.