Moralism, in its ability to mandate what is acceptable as moral for everybody, is probably at its most vile when it spews from the church. With religious doctrine regarding homosexuality hinged on a handful of Bible verses, it wields power through moralism and sexual shame. That being said, the intersection of religion and homosexuality is a rough place to be.

Some LGBT individuals fear a core change or loss if they choose to pursue an open gay or lesbian identity. The fears are related to their individual roles and purposes, and personal senses of order. Some also struggle with extreme guilt over failing to maintain virtuous lifestyles because of their failure to stop their unforgivable sinning, described as such by their religion. Others wrestle with their faith because of their perceptions of punishment by God, or total abandonment, and they rage at the situations that their God has placed them in.

No matter how their faith is tried when their sexual orientation and religious beliefs of goodness are personally recognized as polar opposites, it is often in tandem with struggles they are already living among their religiously conservative families. Research has found that the anxiety suffered by religious LGBT people is dually intense under the stigma of their sexual orientation combined with feelings of deficiency and unworthiness of spiritual salvation.

That being said, it appears to be untrue that homosexuals are abandoning the church in droves, even though fewer people are identifying by faith and fewer people attend church as a result of it. The true exception to that is within the LGBT community. The percentage of LGBT Christians has risen while the overall percentage of Christians has decreased, and it can almost be assumed that as more gays come out in the coming years, there will likely be a further increase in the number who are religiously affiliated. The possibility of a reconnection for those previously estranged from the church also exists for the future. 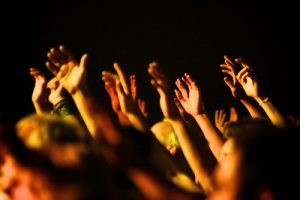 By and large, most LGBTs remain faithful to their religion despite anti-LGBT attitudes and negativity, or outright condemnation. They are choosing to keep their affiliation with their religion, and in some cases, choose to remain chaste to follow Christ. Churches that affirm LGBT relationships and same-sex marriage are not common, but there is faith among queer believers that even the Catholic Church may one day evolve. We are seeing that, one person at a time and one congregation at a time, the sin against LGBT is being acknowledged,  but the comments following the imbedded video reveal how misunderstandings continue to abound. Some anger against “the church” is so profound that it cannot accept Christian love as anything but desire to fix homosexual sin. And some of the religiously devout agree that is exactly what they must do! 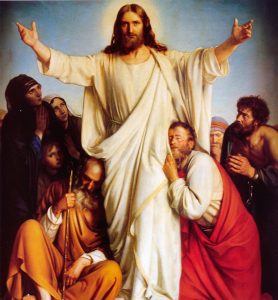 Director Justin Lee, of the Gay Christian Network, stated that he “stays in the church because of the Jesus story. [He] taught love and mercy, cared for people’s needs, and defied the social prejudices of his day. His closest friends were societal outcasts, [and] his harshest criticisms were for religious leaders.” The appeal of the love of Christ is a big draw for individuals who seek to be recognized and loved for who and what they are.

For now, however, the church is a difficult place for LGBTs to be open or transparent, and it remains difficult to find a sense of community. The intersectionality of homosexuality and religion  magnifies the minority status of the Lesbian Christian and severely limits opportunities for worship outside the home for many.

My interview with Spike highlights one person’s story. I know Spike personally, but not well, and I applaud her for granting me the interview. Spike’s isolation from her church is a true illustration of this writing. 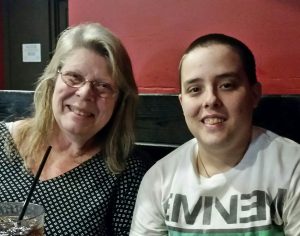 Don’t Call Me Ashley: An Interview with Spike Beard

The setting was the Londoner Pub & Grill in Baton Rouge,

and of course, we took a selfie.

Q:  Hi, Spike. I will start with fairly generic and scripted questions, but other questions may arise from our discussion. Please elaborate on any answer at any time. You aren’t limited to one-word answers. If, at any time, you feel uncomfortable, you may decline to answer or end the interview entirely.

Q: Would you mind telling me how you identify, and since what age?

Q: Do you come from a religious background?

Q: What religion/doctrine does your family affiliate with?

A:  Southern Baptist. If I went to church I would be a Baptist. It’s how I was raised. It’s what I believe (except for the homophobe stuff).

Q: Did you grow up attending church with your family?

A:  Oh yeah. Twice on Sunday and every Wednesday night.

Q: How did you feel about church when you were growing up?

A:  I loved church. I wanted to go there all of the time. I grew up in Charlotte, North Carolina, and we went to East Baptist Church in Charlotte. 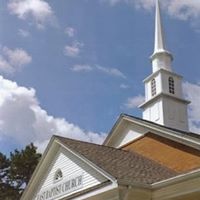 Q: What impacted you first when you allowed yourself to openly express your sexual identity – your family or your faith?

Spike:  It was my family. I had already moved out when I told them, so I guess it could have been worse. My mom… My mom cried for hours. It’s been 10 years and she still wants to call me Ashley. I’m not an Ashley. Ashley is frilly and I’m not frilly. Don’t call me Ashley. I even have my name on my neck.

This started a tattoo topic. She had two other tattoos. One was the deathly hallows from Harry Potter in rainbow colors below here breastbone, and the other was a cross made of nails with a red rose growing around it on her right arm. 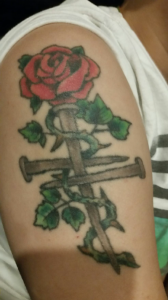 A:  This is how I feel about my faith – the death on the cross and my life that sprang from it. I don’t need church or church people. I only need God. I only need Jesus. This was my first tattoo. My mom hates it.

Q:  So, do you go to church now as a lesbian woman, Spike?

A:  No. I went to church where my parents belong, down here in Baton Rouge, after I came out. The people made me feel funny. They stared at the way I was dressed. I don’t need that. Any more than I need people telling me I’m going to hell. I just tell them, “see ya there!” What kind of a hypocrite is going to tell me I’m going to hell for being good to a woman?

A:  Maybe. I’ve looked into that a bit. It seems that they’ve broken from different faiths or merged different religions together. I’m not about that. I’m a Baptist.

The point is. I’m a believer and I have my faith, and I have a great girl. Nobody can convince me I’m going to hell. That just about wraps that up.

Q:  Thank you for talking with me about it.

A:  It was nothing. Let me show you a picture of my girl. 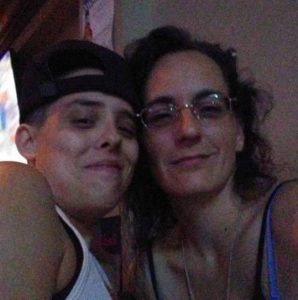