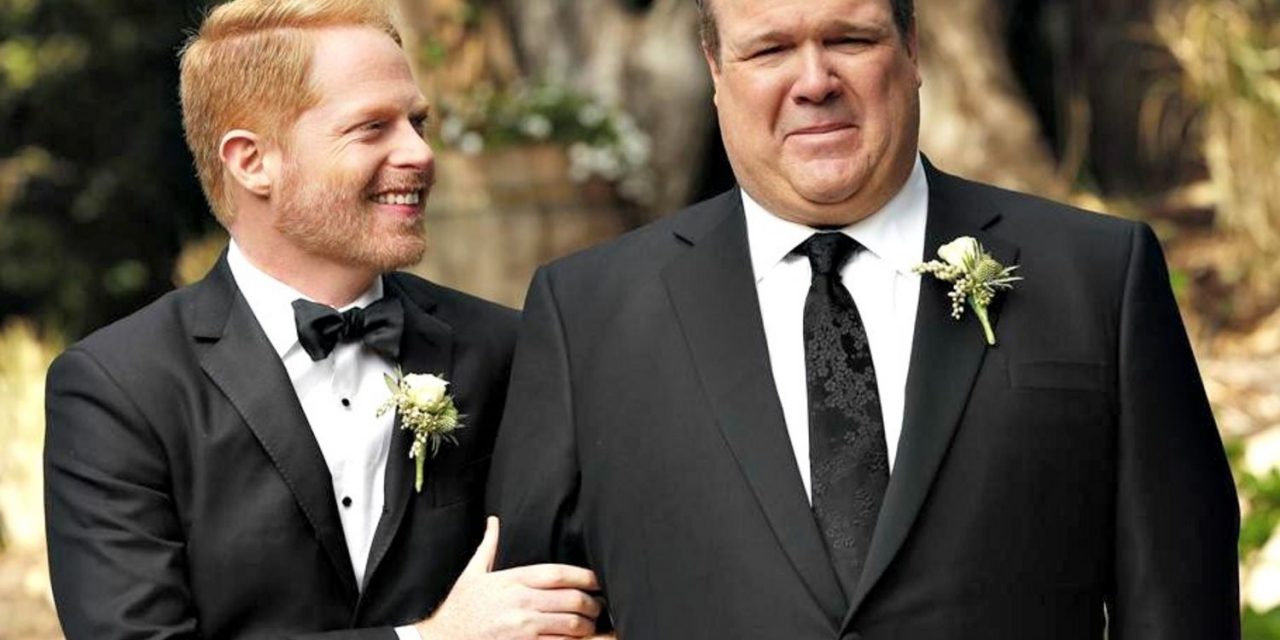 Modern Family is a comedic series that first aired on ABC in 2009. The show is about three families that are supposed to be…well I’m sure you can guess: ‘Modern’. But, ever since the show first aired, debates transpired over the Internet about the gay couple featured on the show. Cam and Mitch are two men that love each other, live together, and share an adopted daughter together. Something that isn’t too often shown on television. So, you may be wondering what is the debate about? Well, just because a gay couple is finally put on television as main characters doesn’t mean they are represented in the right way. The debate is about whether Cam and Mitch are a successful representation of gay couples or if they just reinforce negative stereotypes.

According to the Gay & Lesbian Alliance Against Defamation (GLAAD), LGBQ regular characters make up 4.8 percent of the 895 regular characters expected to appear on primetime scripted broadcast programming in the coming year. However, it’s important to keep in mind that it’s not just the numbers that count. The quality of the characters portrayed is also very important. Most representations of LGBQ characters are very superficial. Members of the LGBQ community deserve to be represented in a way that both positively and realistically exemplifies the life of LGBQ people with all of its diversity in order to put an end to the negative stereotypes.

The Basics
Identifying as either gay, lesbian or bisexual refers to someone’s sexuality, not his or her gender. The difference between gender and sexuality goes often unnoticed but it should be understood that they are not the same thing. Gender refers to how someone identifies as a male, female, or gender nonconforming. Sexuality refers to what gender a person is attracted to. Gays are males that are attracted to other males. Lesbians are females attracted to other females. Lastly, bisexuals are males or females attracted to both. For the most part, the American society has not been very welcoming to the LGB community. It is seen as unnatural and inferior compared to the heterosexual lifestyle. People who identify as LGBQ recently were denied basic rights such as being able to marry the person they love. Today, they may be able to marry whom they love but there are still many stereotypes that surround them, especially in the media. These negative stereotypes further the behavior of discrimination, intolerance, and dangerous threats towards people who identify as LGBQ.

Who’s The ‘Wife’ and Who’s The ‘Husband’?
The media is guilty of applying societal gendered roles to gay couples. Usually, a gay character in the media has a hyper-feminine persona. This means they are like girly girls. They like fashion, make-up, and ballet. This leads to false stereotypes that are represented in negative ways. The media usually dramatizes the behaviors of gay characters as a source of humor. However, when this is the only example the audience has to look to, it can be damaging to people who identify as gay. It gives off the false idea that all gay men are flamboyant and feminine when this is not the case. Some gay men may like fashion and there is nothing wrong with that but all gay men are not the same. 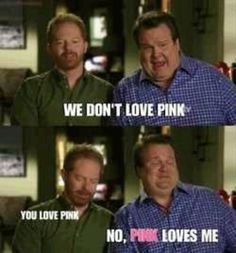 When a gay couple is shown in the media, one person is portrayed as the ‘wife’. They clean the house and possess feminine mannerisms that lead the audience to distinguish who plays what role in the relationship. The other person in the relationship is portrayed as the ‘husband’ but even still they are never hyper-masculine. Modern Family provides the existence of a gay couple as main characters that marry and raise a child, however, their relationship only shows the stereotypical gay couple. Cam plays the more feminine and flamboyant character in the relationship. This is portrayed when Cam is running after a car after a hit and run with his hands waving in the air or when he became a stay-at-home dad after adopting their daughter. There are so many scenes that represent Cam as a hyper feminist character. It seems as though the only comedic aspect of Cam and Mitch is based around them being gay.

Why So Many White Men?
Another issue with LGB representation in the media that is prevalent in Modern Family is sexism and racism in LGB media representation. GLAAD’s 2015 report revealed that 69 percent of LGBT characters on broadcast are gay and 71 percent of LGBT characters on cable are gay. People who identify as gay are receiving over majority of the media attention compared to the other members in the LGBT community.

Racism is also a big issue. Modern Family gives the example of a gay white couple that is financially well off and lives a pretty much perfect life. On the contrary, most gay people are not able to live this type of lifestyle due to the obstacles they face because of whom they identify as. The media should also consider portraying gay characters of different races and ethnicities that are not depressed or killed. 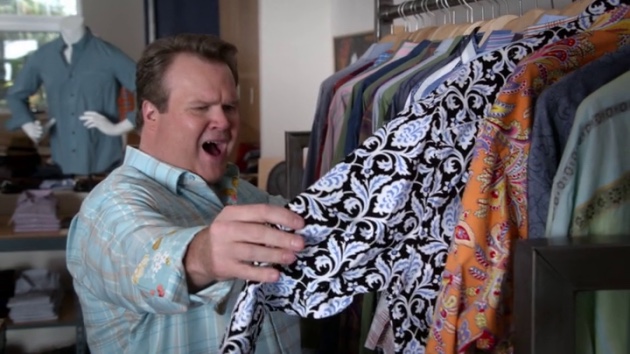 Why It’s Problematic?
Portraying only characters that are heterosexual reinforces the idea that heterosexual is normal and homosexual is not. It’s important to consider the number of LGBT characters in the media, but also how they are represented. “When we see the same representations over and over, we start to internalize them and take them for granted. They become natural”. People who don’t have real life examples only know what they see in the media. The examples shown in the media have real life consequences on the attitudes society have toward LGB. “But not only that, any child who identifies as a member of the LGBT community would be able to finally see themselves in a character they love and to feel okay that they like the same sex.” According to GLAAD President Sarah Kate Ellis, “Leaving LGBT people out of the picture — or including them only as a punchline — keeps old prejudices alive and creates an unsafe environment, not only here in America, but around the world where most audiences see these depictions.”

How To Make Improvements?
Granted we have come a long way from older sitcoms featuring gay characters but more improvement is still needed. The media should strive to tell the story of real life LGB people and give realistic representations that people can look to. GLAAD’s Director of Programs, Entertainment Media Ray Bradford explains that “images of our diverse LGBT community in the media become more than just entertainment; they are the window to who we are and how we should be treated”. Inclusive, fair, and accurate portrayals of LGB people in the media are highly important to be represented. This means that not only should LGB characters be present but the diversity of these roles should also be considered. Characters should be more “gender-balanced, racially diverse, and from many backgrounds.” My point here is not to bash Modern Family for trying to include a positive portrayal of a gay couple as main television characters. There are many positives to the show and it is a step in the right direction. However, the sitcom does revert to negative stereotyping and old ideas that relate to heterosexual lifestyles. Modern Family should consider dumping these aspects of Cam and Mitch and find another comedic value that doesn’t revolve around their sexuality.