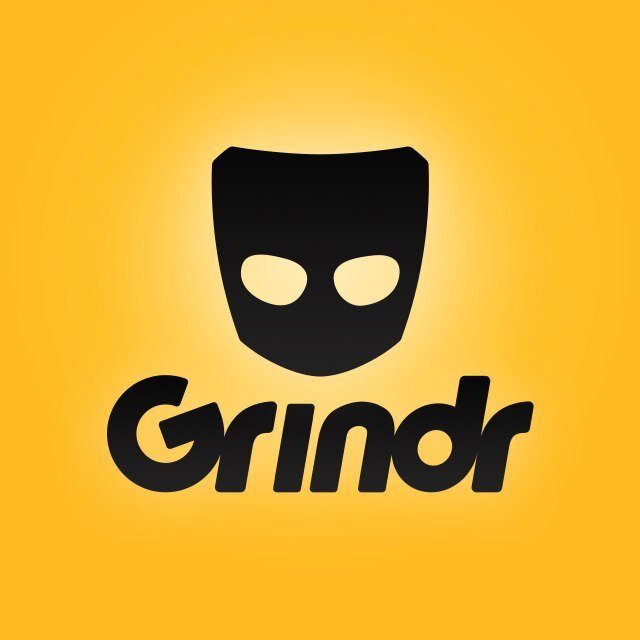 As the Internet and social media continue to consume our everyday lives, online dating apps become increasingly popular. These apps may range anywhere from Bumble and Tinder, which allows users to choose each other or “swipe right” on each other in order to start a conversation to more specific apps catered towards certain groups of people such as FarmersOnly.com or 420Singles.com. Yet, there is one community where online dating is more prevalent than anywhere else: the gay community. The most popular gay dating apps include Scruff, Jack’d and Hornet. However, the most unanimously popular dating/hookup app for gay men is Grindr. The app Grindr separates itself from more common dating apps such as Tinder and Bumble in that it identifies itself as more of an app meant for one-time hookups then actual dating, although both are possible through Grindr. The Grindr app makes it extremely easy for gay men to message anyone in the surrounding area and meet up. Grindr creators have tweaked the app enabling users to be able to send Grindr specific emoticons and also their current location to other users. The app has been criticized due to the lack of identity verification of certain users, which could, in some cases, lead to sexual assault, catfishing or other sketchy situations. However, a huge critique that I have with the app that many gay men do not talk about enough is how the Grindr app encourages homonormativity. Homonormativity is a fairly new term and it is essentially where white privilege and hegemonic masculinity intersects with homosexuality. Homonormativity assumes that all gay men are white, fairly attractive men with rugged features and abnormally good fashion sense and that anything else that is a deviation from these characteristics is a deviation from the normal.

One example of homonormativity that can be found on the Grindr app is the term often seen on so many profiles: “no fats, no fems, no blacks.” Many Grindr users put this saying or something similar to it on their profile, which signifies that they are only attracted to white, straight-acting men. This term is a perfect example of homonormativity because all it does is make assumptions. It constitutes a gay man assuming that he will not be attracted to another man just because he is black or slightly more feminine or slightly larger. This term has complete disregard for anything other than the physical attributes of a man and pays no mind to what is truly inside another person. It also perpetuates the stereotype that gay men are extremely vain and shallow. According to gay vlogger, David Levesque, he believes that many gay men have a difficult time finding more meaningful relationships as more men in the gay community are focused on solely looks and no-

thing else. The terms “no fats, no fems, no blacks” is also a perfect example of how hegemonic masculinity can interconnect with homosexuality, even though homosexuality is seen by many as the complete lack of any traits considered masculine. Even still, many gay men are only attracted to men who align more with the characteristics of hegemonic masculinity: big muscles, rugged fea 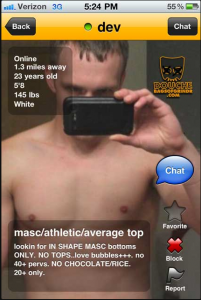 Taken from disqus.com, blog: “Racism in the Gay Community”

tures and lack of emotion to name a few. This practice of ignorance and racism in the gay community also exacerbates the problem of body image issues within the gay community. Because so many gay men are attracted to muscular, rugged men, many gay people feel pressured to fit the desirable standard by going to the gym six days a week and starving themselves daily when they are not even athletes but rather work out simply to fit another mold. Self-esteem issues become more and more common in the gay community as men try to fit the ideal hegemonic m-asculine body type instead of simply being themselves and being happy with who they are.

Another example of where homonormativity can be found in society and in pop culture is on television. If you were to google “gay television characters”, you would get about one black man for every fifteen white men. The most popular gay characters in television shows today typically appear in shows such as The New Normal, How to Get Away with Murder, Shameless and Looking. In the show,the New Normal, the two main characters are played by Justin Bartha: a straight white male, and Andrew Rannells: a gay white male. The basic plot of the show revolves around Bartha and Rannells’s characters fathering a child together. Personally, my problem with the show was that it did not at all depict reality for homosexuals on a daily basis. Both men are extremely attractive, clearly wealthy as they live in Los Angeles and are able to afford a surrogate, and for the most part are tolerated throughout the entire show and live their normal lives happily ever after. When in reality, this is not how life is for 90% of homosexual men. Another issue that many viewers had with the show is that Justin Bartha, who is straight, should not have played a gay character. The casting of Bartha as a gay man makes it seem like the producers only cast him instead of an actual gay man because they wanted Bartha’s character to be m 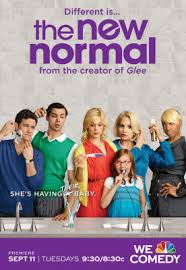 ore masculine instead of feminine. Regardless, the show does a poor job of representing the daily struggles that gay men and gay couples go through every day, including the fact that same-sex domestic violence is drastically more common than domestic violence in heterosexual relationships.  .  Other shows are depicting the same sort of homonormative gay men, such as Scandal, in which Jack Falahee’s character is gay. Like in The New Normal, Falahee’s character is not only attractive and wealthy, but also extremely masculine and rugged. Falahee is also a straight man playing a gay man and nothing about his character points to the fact that he is gay except for when he has sex with men. This is another example that begs the question of why does this gay character have to align so closely with what society usually associates with straight men and why couldn’t they get a gay man to play the gay character.

A further instance of how homonormativity can be seen in mainstream culture, specifically on Grindr is through sexual roles among homosexuals. One thing that is also extremely common on Grindr besides the “no fats, no fems, no blacks” guys are those men who are only tops. That is, when it comes to the sexual roles between two men, the top does the penetrating while the bottom receives. Many gay men on Grindr and in the gay community as a whole often feel pressured to be a top instead of a bottom and many refuse to even experiment with the idea of a penis going near their anus. The reason that this is an example of homonormativity is because the man who plays the top during intercourse is the one performing the penetrative action, which is the same as what the man does during heterosexual intercourse. So in a way, a gay man who insists on being a top may be afraid of compromising his hegemonic masculinity and will “officially become gay.” This form of sexual shame is extremely detrimental especially to gay men who prefer to bottom as it insinuates that they are automatically more feminine and therefore of lower status that those who prefer to top.

The main solution to all three of these issues of homonormativity is education. When we educate ourselves, we open our minds to so many more possibilities. Homonormativity is essentially a lack of education about different groups of people, which is why the concept of homonormativity usually involves the enforcing of stereotypes and misrepresentation of different people. If we educate ourselves on the world that we live in today and if we talk to people that are vastly different than us, we stop living in our own little bubble and we start realizing that only being attracted to white men is racist and that casting a straight man to play a gay man is wrong. The app Grindr in it of itself is not a harmful app, but it gives so many uneducated men a platform to showcase their ignorance, which is why it is a perfect example of homonormativity in today’s society.