Every ethnicity that has ever existed contains a culture. Cultural appropriation is known as “taking intellectual property, traditional knowledge, cultural expressions, or artifacts from someone else’s culture without permission” (Nittle Race Relations Expert, 2017). This paper will analyze how concepts such as internalized racism, structural racism and privilege have a problematic effect on African American culture. More importantly, it will analyze certain cases of appropriation and how the concepts that were previously mentioned have affected African American culture as a whole. 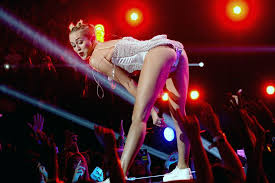 as inappropriate when African American females partake in the action (Wiggins, 2014) If Beyonce would have gone on stage at the VMA’s and started shaking her bottom the way Miley Cyrus did at the performance, there would have been some very unfriendly comments made. But, Beyonce is African American and she identifies with the cultural behind twerking. Her father was born and raised in New Orleans, Louisiana. “White skin privilege is not something that white people necessarily do, create or enjoy on purpose.”(Holladay) Privilege is not something that is earned, it is given to you. Either you have it or you do not. Miley Cyrus has white privilege. Beyonce does not.
Structural racism exists in our society and is widely swept under the rug. It is defined as “… the complex array of anti-black practices, the unjustly gained political-economic power of whites, the continuing economic and other resource inequalities along racial lines, and the racist ideologies and attitudes created to maintain and rationalize white privilege and power.” (Cole)  An example of structural racism would be the fact that black students are 3 times more likely than white students to be suspended for the same infractions. The fact that there is a difference in the amount suspensions received by two different races for the same infractions is repulsive. It can be inferred that structural racism is a direct outcome of white privilege. White privilege is being able to do something a black person got suspended for and not be suspended because, they are indeed a person with white skin.

Cornrows are a type of braid that either a female or male can have. Cornrow braiding originated in Africa. Cornrow hairstyles in Africa also cover a wide social terrain: religion, kinship, status, age, ethnicity, and other attributes of identity can be expressed in this hairstyle. This hairstyle is a part of African American culture. In the figure to the left, television personality an

d fashion designer Kim Kardashian, is wearing a hairstyle that is a part of a culture that she cannot and will not ever identify with. Another hairstyle that tends to be appropriated from African culture is dreadlocks. Rastafarianism was created in the 1930s in Ethiopia when Ras Tafari was crowned emperor. Rastafarians smoked cannabis because they believed it aided in a clear state of well-being. Their dreadlocks were thought be disgusting and frightening (KNOTTY EMX). In todays society, you see white people with dreadlocks all the time. If a white person is from Africa and identify as an African American, then their use of dreadlocks is absolutely understandable. Otherwise, if they cannot identify with that culture, then they have no business exhibiting it. It is more than just a hairstyle that has been accepted in pop culture. Dreadlocks and cornrows have meaning. They represent beliefs that are near and dear to African culture. That should never be forgotten.

Internalized racism is simply when a person of a certain ethnic group has a discriminatory attitude towards members of their own ethnic group. A classic case of internalized racism is the idealism of self-hate in reference to skin tone. In today’s society, people who have lighter skin tones are perceived as more attractive than people who have darker skin tones. Zoe Saldana often speaks on the internalized racism that exists in the Latino community. She is often considered to be too dark to be Latina. Having light blue eyes and fair skin is considered more attractive than darker skin and eyes (Molina-Guzman). Internalized racism is a part of social construction. People are brainwashed from birth to believe that what society prefers is what is right. Anything that is considered an outlier when compared to the norm, is wrong. Thus, we must be unfair and discriminate it.
Cultural appropriation is a problem for many reasons. When someone appropriates culture, they are usually deemed as innovative and edgy while the culture that is the victim of the appropriation continues to face negative stereotypes (Nittle Race Relations Expert, 2017). Internalized racism, structural racism and privilege all have a problematic effect on African American culture. These concepts are accepted and these behaviors are exhibited in a manner that should not be putative. African American culture is a culture of strong beliefs and values. The culture is so strong because, the people that identify with this culture have been largely mistreated for a very long time. Their roots are what they hold onto because, where they come from is disliked. They have to stand together and love each other because, nobody else will. Appropriating the very culture you discriminate against is impractical as a white person. It is a privilege and it is ultimately disrespectful.