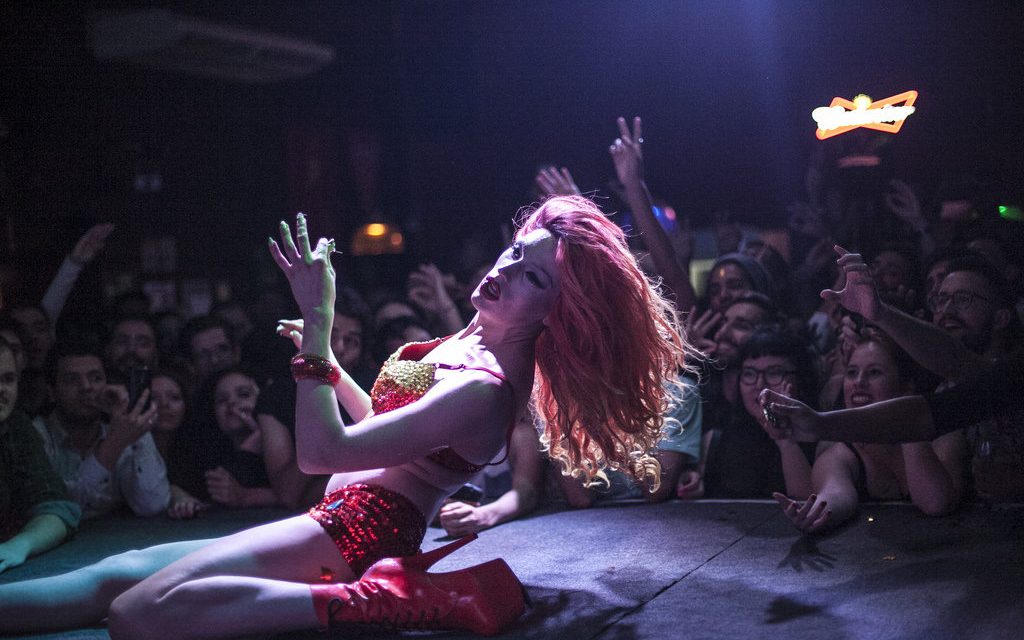 Recently, my roommates and I have been watching RuPaul’s Drag Race religiously. A friend of mine’s girlfriend discovered the show on Hulu, and we’ve been addicted ever since. I’ll admit, when I first watched the show, I was surprisingly uncomfortable. I grew up in New Orleans where drag isn’t too uncommon of a thing. I had heard of Drag Brunch at The Country Club and walked past drag performance clubs in the French Quarter, so I wasn’t completely unfamiliar with drag in general. However, watching the show and being exposed to the performers male and female persona simultaneously was difficult for me to wrap my mind around. However, as I continued to watch the show, the dichotomy between the performer’s personas became less and less unusual. Once I got past my original discomfort, I began to see the contestants as whole people rather than just their performance persona. I imagine my experience with drag entering mainstream media is like many others. With the introduction of drag on popular TV (RuPaul’s Drag Race just announced that they will be airing on Logo and VH1), significant progress and challenges have been presented to the social gender paradigm and local drag cultures.

Drag performers also reinforce the male gaze that dominates popular media. Allen Farber explains male gaze as the inclination of media to approach work from the male point of view, which usually involves hyper sexualizing women. Under the male gaze, women in media are displayed as an object to be observed rather than active participant in the storyline. In film and TV, this usually involves women displayed on screen either in unnecessarily revealing clothing or shots focus on them and larger portions of their body than they do men. Drag performers often hypersexualize their drag personas in performances, especially now that shows like RuPaul’s have aired on popular media. For example, Roxxxy Andrews on RuPaul’s Drag Race Season 5 and All Star’s Season 2 emphasizes her “thick and juicy” (as she refers to herself) frame, often wearing more revealing outfits and accentuates her cleavage and legs.

As drag becomes mainstream media, progress and problems follow. From my experience watching the RuPaul’s, drag on mainstream media has served as an effective method of education. In my case, RuPaul’s allowed me to see contestants as real, whole people. I grew to better understand what drag is and how it relates to the individuals performing it. It also raises awareness for the LGBTQ community in general, as most of the contestants are gay men. There’s even been a transgender contestant on the show, Monica Beverly Hillz on season 5. The rising popularity of RuPaul has drawn attention to the network Logo, giving publicity to the LGBTQ community and revealing more of the complexities of gender and sexuality that have been largely ignored. In Katie Rogers’ 2014 article in the Guardian, RuPaul speaks about the power of the show to communicate with the audience and share the unique experiences of the contestants with people who wouldn’t have been able to understand before.

‘“We’re dealing with people who have been shunned by society and have made a life regardless of what anyone else thinks of them have decided,” RuPaul says. “It shows the tenacity of the human spirit, which each of us watching relates to. And we root for them. I think that’s what’s so captivating about it, seeing how these beautiful creatures have managed to prevail.””

Like RuPaul says, Drag Race has given contestants a platform, not only to share their unique expression of gender identity, but also a medium for telling their stories to an audience that cares to hear them. In this way, drag on mainstream TV has given freedom to a community that has endured significant social marginalization and ridicule while captivating and transforming the hearts of audience members who can now share their experience.

While there are many advantages to drag infiltrating mainstream media, other issues also arise. According to Tyler Coates’ 2013 piece in Flavorwire, drag made one of its first appearances in mainstream media in the documentary released in 1991 Paris is Burning, popularized when Madonna adopted “vogueing” from the film. Coates and Rogers describe this documentary as revolutionary in that, not only did it focus on the LGBTQ community, but also on the black and Latino ballroom drag culture in Harlem. Each of these communities had been under and misrepresented in the media thus far. However, current drag media focuses less on those communities and more on contestants that have the resources and ability to execute high quality drag personas. Coates argues that the contestants on RuPaul’s drag race represent an entirely different element of drag that involves outlandish costumes and artistic transformations rather than the “realness” associated with the queens in Paris is Burning. In addition, The Guardian article sites Coates’ piece, stating that the show “glosses over the class and race problems that the film Paris is Burning tried to illuminate.” Contemporary mainstream drag also diverts attention away from local drag performers, giving viewers an unrealistic and idealistic vision of what drag performance is.

Drag performance in the mainstream media seeks to enlighten audiences about the challenges of gender identity and self-expression, however, with this comes substantial trials that can distort and trivialize the struggles of drag performers that don’t enter the limelight. While Paris is Burning illuminates a unique perspective and community, shows like RuPaul’s Drag Race display queens of all different kinds, highlighting the vastness of gender performance while also perpetuating ideas about masculinity and femininity and excluding certain communities and representations of drag. In addition, drag performance on mainstream media often only accentuates the male gaze rather than challenging the industry’s male-dominated portrayal of gender. Taking all of this into account, drag entering mainstream media poses a larger question to its audience: what exactly is a man and a woman? With all of these different nuances in drag performance and its role in society, audiences are forced to reexamine their ideas of what defines gender and who belongs in those categories, if categories are even applicable anymore. As an avid RuPaul fan, I find I’m asking myself this same question, which could perhaps be the most valuable thing drag on TV has to offer society.