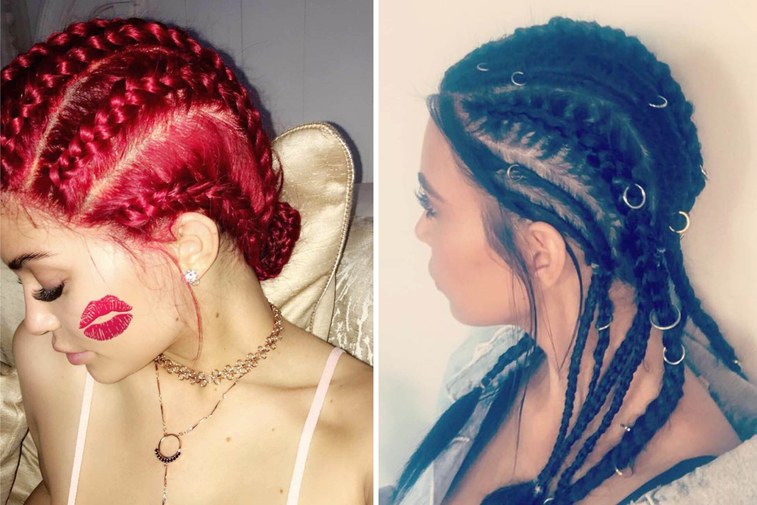 Celebrities today are rocking the new and chic “Double Cuff Mohawk Braid”, “Birthday Braids” or “KKW Braids”. Or at least, that is what mainstream magazines are calling them. However, they fail to mention that these braids already have a name and they are far from new. What they are referring to are cornrows or plaits and they are and have been, a popular hairstyle in black culture. White celebrities such as Kim Kardashian, Kyle Jenner, Katy Perry and Gwen Stefani have all been credited for sporting this “new style” and it is quite insulting for the black community. Cornrows have always been a part of the black culture and carry a lot of history with them. Today, many black people wear cornrows as a protective hairstyle to grow their hair but cornrows started many years ago in Africa to represent the tribe you belong to. African Americans in the 60s and 70s wore them to embrace their black culture during the Black Panther movement. Alicia Keys and Beyoncé can be seen wearing cornrows way before the white community glamorized them but still, all the credit is given to white celebrities. 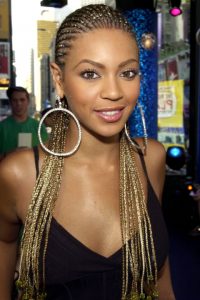 This is not the first time white society stole from black culture. It happens all the time with music, dances, food and clothing trends. When a person borrows another’s culture without respecting that culture and ignoring the roots of that culture they are participating in cultural appropriation. Cultural appropriation is usually when members of a dominant group participate in the culture of a less dominant group without any knowledge of the roots or reason. Cultural appropriation stems from imperialism maintaining an imbalanced relationship between two groups. The United States has deep roots when it comes to exploiting other cultures and forcing themselves on to other groups. When they arrived in North America they participated in the inhuman treatment of Native Americans and Africans. Culture appropriation is a product of and reinforces systemic racism, white privilege, and internalized racism. Instances similar to the cornrow case mentioned earlier are damaging for minority cultures causing them not only to be robbed of their contributions but also further marginalized and stereotyped. 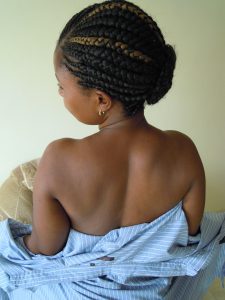 Culture appropriation induces systemic racism
By calling cornrows different names such as “Birthday Braids”, the black culture is being economically exploited. This is a form of systemic racism. Systemic racism is present on the individual, institutional and structural level. The United States is built off racism starting with slavery. Racism is embedded in the constitution from the beginning when it referred to black people as property instead of people, and racism still implicitly and explicitly exists in all parts of society. Systemic racism dives deeper than an individual’s prejudice. Systemic racism is structured in governments, schools, banks, and all other institutions making it theoretically impossible to undo racism. Joe Feagin wrote in his book Racist America: Roots, Current Realities, & Future Reparations that ‘“systemic racism includes the complex array of antiblack practices, the unjustly gained political-economic power of whites, the continuing economic and other resource inequalities along racial lines, and the white racist ideologies and attitudes created to maintain and rationalize white privilege and power”’. When white people steal from minority cultures and us it to create new goods to sell they are exploiting other cultures. They take advantage of a marginalized group in society for their own economic gains even if they don’t realize that is the result. Consumers who buy magazines that imply Kim Kardashian created this style will be misguided to believe Kim was the first to wear her hair this way, which completely discredits the black culture.

“Cornrows are only chic and edgy when the person wearing them is White?”
An explanation as to why cornrows on white celebrities are considered chic and edgy compared to on a black person is because of white privilege. White privilege is a product of racism that gives white people undeserved benefits and perks just because they are white. Most white people are not aware of this privilege and often try to deny it. They don’t understand that the smallest things they feel are normal are actually a privilege that many people of color are not able to enjoy. For example, “while high-priced cornrows on a white celebrity on the red carpet at the Oscars is chic, those same cornrows on the little black girl in Watts, Los Angeles, are a symbol of her ghetto lifestyle”. Cultural appropriation continues to reinforce stereotypes about subordinate groups while the superior group enjoys the benefits of the oppressed culture. “Our hair can still keep us out of jobs, our names can limit our opportunities, and our skin color makes us vulnerable to profiling”. White people often participate in black culture without the repercussions of negative stereotypes that black people face every day. It has also been noted that celebrities such as the Kardashian-Jenner Klan often enjoy black culture and frequently date black males but shy away from using their public platform to end racism or support Black Lives Matter. The least white people can do is use their white privilege to promote equality and support minority cultures while they enjoy other aspects of these same cultures.

Damaging the black’s esteem
The positive mass media attention that white celebrities received for wearing cornrows compared to when black people wore them encourages the idea that white skin is better. Racial internalization is a theory suggesting that after so many years of receiving the message that white skin is better, people of color start to believe this is true. Other races try to acquire characteristics connected to white Europeans because they believe it will lead them to a better life. This is where colorism becomes relevant. Colorism is a form of racism based on the tone of someone’s skin. It doesn’t necessarily matter what race they belong to. People of other races that internalized racism often participate in colorism by favoring lighter skin and wanting lighter skin. Culture appropriation that praises white celebrities for styles originally worn by black people can perpetuate internalized racism. It doesn’t matter what people of color do, it will always be better on white skin.

How to turn cultural appropriation to cultural appreciation?
The most important thing individuals can do to prevent cultural appropriation is to educate themselves on the culture before they participate in it. Celebrities’ ability to influence society makes it imperative that they take advantage of that power to end cultural appropriation. Brands and the media also have that same responsibility. When brands are trying to sell a product it is not acceptable for them to exploit other cultures for their own benefit. There needs to be more sensitivity and thoughtfulness throughout the decision-making process before they send out a message that further perpetuates stereotypes and oppresses minority groups. The media should also think carefully about what message they are sending and include positive images of all races in society. Celebrity Zendaya summed it up perfectly when she explained, “you have to be very careful. Some things are really sacred and important to other cultures, so you have to be aware, politically, about those things before you just adopt them.” She humbly acknowledged that this is a learning process for everyone including herself but the most important thing people can do is make an effort to learn about the culture before they try it. So, before adopting parts of other people’s culture take the time to do some research about that culture and find ways to participate that will not be offensive. 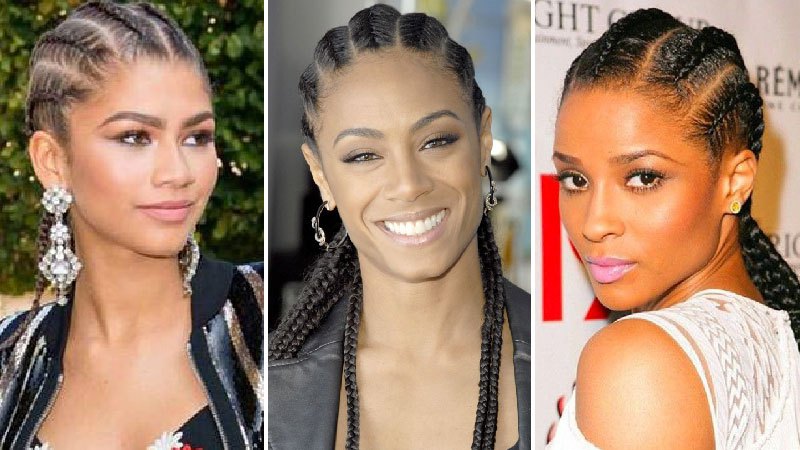