There is no question that advances in technology have changed everything. However, the fact that the last couple decades of rapid internet growth have reinforced and empowered LGBT communities is much less obvious. Regardless of how little it is acknowledged, it is true that the rapid acceleration of technology played the primary part in recent and significant LGBT efforts, including propelling the Defense of Marriage Act to the Supreme Court in 2016.

A lot of things have changed because of broadband, smartphones, and the internet. Before the common use of these conductors, LGBT relationships were largely geographically limited. Connections with others were hard to establish and achieving one voice for these individuals wasn’t possible. They were most often isolated or part of small and insignificant groups, and even in the forgiving “gay ghetto” areas of large cities, their neighborhoods were subject to raids by the police and subsequent arrests.

In the mid-1900s, homosexuality was considered a mental illness, and gays were described as dangerous in broadcast public service announcements. Then with the increasing visibility of gays, their communities became known and efforts were accelerated to “stomp out the monster.” In Boise, Idaho, a mission such as this lasted 15 months, imprisoned several and ruined scores of lives.

Humans have been excusing their sexual behavior for centuries in attempts to deal with their shame, so considering that sexual shame in society has heterosexual people on the defensive as a matter of course, imposing moral judgment on supposedly non-normative relationships such as LGBTs was also a matter of course. It would appear that the only relief from their shame was to shame others.

Since all people fear things outside their understanding, and sex was not understood, the ignorance surrounding it made the resulting “moralism” convincing in its mandate that confined all individuals under the single ponderous man-made morality of the same sexual practices for everyone. The notion that sex must be between a man and a woman in acts of procreation, behind closed doors in the missionary position – never to be discussed – was recognized as public knowledge and universally accepted for centuries. 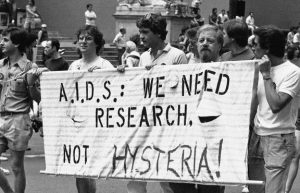 Raising awareness about LGBT persons and communities meant confronting moralism and the heteronormative belief that humans are two distinct genders and that heterosexuality is the only moral norm. Heteronormativity doesn’t acknowledge heterosexuality as only one possibility out of many. It agrees with heterosexuality as the widely “accepted” default sexuality of both print and electronic media, education, lawmakers, and in a range of attitudes expressed by society in general.

LGBT communities were already existing in their own sexual and societal shame when the AIDS crisis of the 1980s and 1990s added and intensified self-loathing. The crisis brought homosexuality into the limelight as whole communities were stricken. 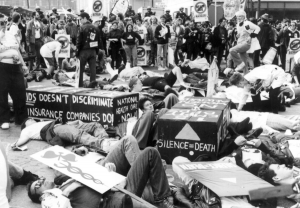 The flip side of the era saw a movement catapulted into action because time became finite in the lives of loved ones. As expressed by Joe Kapp in his Huffington Post article, “LGBT activists who were fighting for their lives […] had nothing to gain by being polite, and everything to lose.” Still, there was no chance of successful empowerment without an efficient way to disseminate information, and time saw the LGBT civil rights movement merge with the rise in technology to cross geographical borders in new ways and at new speeds.

Research findings indicate that the LGBT community has been benefitted significantly through their visibility on social media. Recently, a rash of equals’ signs across Facebook was an undeniable indicator of the power of social media as platforms for communication. And, approximately 26 million people applied the rainbow filter to their Facebook profile pictures in the days following the Supreme Court ruling. Jay Brown, director of research and public education at the Human Rights Campaign Foundation, said, “When people know us, they support us. And clearly social media is an incredible tool in making that possible.” 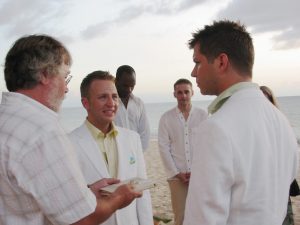 Coming out is becoming less traumatic for some as expanding normalization through high visibility reduces fear, resistance and unyielding heteronormativity. An increasing number of LGBT individuals are choosing to come out through status changes of gender interest or updates of same-sex relationships on social media. Facebook claimed 6 million LGBT users and saw 800,000 come out, in 2015 alone. In a Huffington Post interview, a Facebook spokesperson said, “Empowering people to share their experiences and live openly is central to Facebook’s mission to create a more open and connected world.”

Technology has forged LGBT forces into a voice of global proportion.