Keeping up with Kultural Appropriation 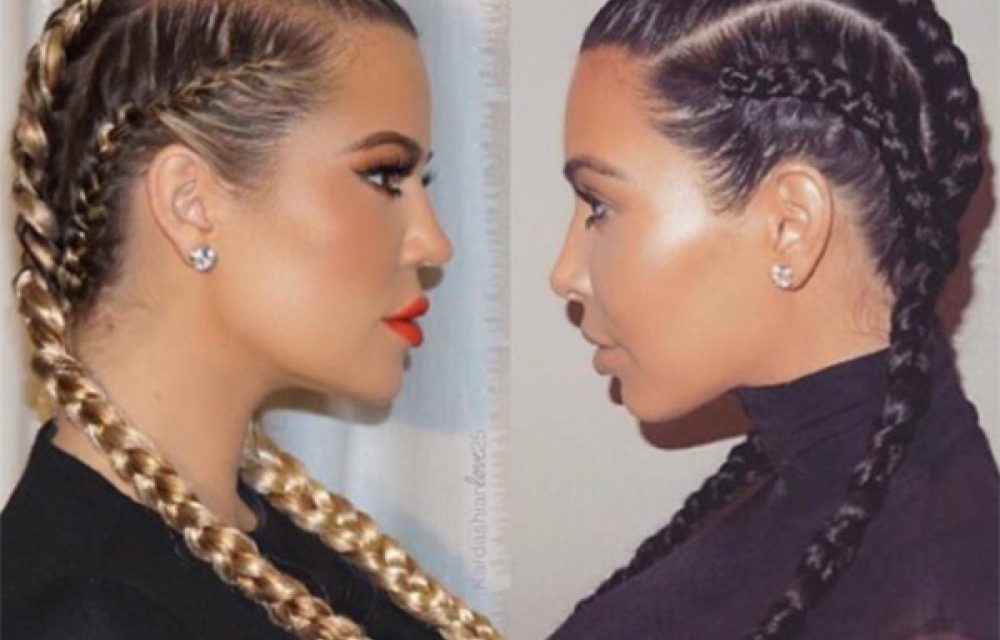 Kylie Kardashian posted another Instagram with cornrows last night, or as the Kardashians call them, “boxer braids,” once again showing how the Kardashians’ Cutting Edge looks won’t be hindered by constant criticism of their cultural appropriation.

Cultural appropriation is “the adoption or theft of icons, rituals, aesthetic standards, and behavior from one culture or subculture to another” according to Unsettling America: Decolonization in Theory & Practice.

The term has become a popular discussion topic in recent years, possibly fueled by the Kardashian family’s embracement of it.

Race is essentially a social construct, and if there’s a biological element it’s because society assigned it one. Race is acknowledged differently throughout the world and self-identity can shift through an individual’s life. But while race may be a social construct, the consequences and implications of such are very real/tangible.

Race has historically and continues to be used as a way to impose a social structure wherein white people are in power and everyone else is considered lesser. The social construction of race sustains institutional racism, or racism ingrained in societal institutions and individuals.

This imposed structure that marginalizes people of color also breeds white privilege, or the prevalent preference for light skin and the social benefits enjoyed by white-passing people.

Because it’s not just hair.

When the Kardashians assume these styles, and when anyone engages in cultural appropriation, they discount a long history of marginalization and discrimination. While some people dismiss the notion of cultural appropriation as “whiny people being sensitive” they’re ignoring that these hairstyles or clothing or speech have personal and serious significance to the people they’re “borrowing” from.

“Despite the vast number of countries black people come from, despite our oppressed and fractured histories, these traditional styles bind us together. They have survived! They survived slavery, colonialism, diasporas…THEY SURVIVED,” wrote Kearie Daniel for the Huffington Post.

Cultural appropriation takes culture from marginalized groups and benefits from it, echoing the legacy of colonization and then trivializing it.

“Black people stolen as slaves were stripped of their lineage, languages, history and cultures, but our hair styles survived the middle passage and link us to our black brothers and sisters,” continued Daniel. “And for those of us disconnected from our history, it is the one thing that remains intact after centuries of repression.”

The Kardashians many instances of “dressing up as black” also illustrate the double standard in institutionalized racism.

They are lauded by the fashion industry and media for the same hairstyles and clothing that black women are discriminated against for. When black women wear their hair any way other than straightened, they’re deemed “unprofessional.” When they wear the same style of clothing as the Kardashians, they’re branded “ghetto.” They’re called these at best, “threatening” and slurs at worst.

Perhaps no other example best exemplifies this show in white privilege than the Fashion Police debacle involving Zendaya. The singer/actress was just 18 years old when she wore dreadlocks to the Oscars to “showcase them in a positive light, to remind people of color that our hair is good enough.”

Giuliana Rancic, a television presenter, commented on Zendaya’s look with stereotyping and condescension.

“I feel that she smells like patchouli oil…or weed,” Rancic said. This came a couple weeks after she called Kylie Jenner’s dreadlocks edgy and cool.

In 2014, Kim was featured on a cover of Paper Magazine. The shot drew parallels to Saartjie Baartman, a South African woman paraded around as a freak show attraction for white people to gawk and prod at her “savage” curves in the 19th century. Kim unknowingly(?) became the face for institutionalized misogyny and racism, particularly the fetishization of black women. 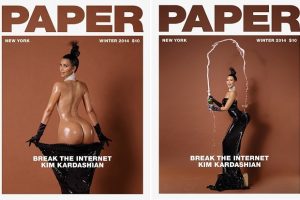 Even Kylie’s lips play into this hypersexualization and mocking of the body of women of color, adopting the same “puckered pout” that black women are ridiculed for.

The Kardashians aren’t just appropriative of black culture, however.

In 2015, Khloe posted a picture of her wearing a niqab while in Dubai, dismissing the religious and cultural significance. She flaunts her fashion choice while Muslim woman are all-to-often harassed or assaulted for wearing a headscarf. Khloe has also posted pictures of her wearing a Native American headdress while sitting in a teepee.

A common response to accusations of cultural appropriation is “what about when people appropriate white culture?”

Jarune Uwujaren aptly summarizes this in her piece for Everyday Feminism:

“When one is of the dominant culture, adopting the clothing, food, or slang of other cultures has nothing to do with survival…Using someone else’s cultural symbols to satisfy a personal need for self-expression is an exercise in privilege. Because for those of us who have felt forced and pressured to change the way we look, behave, and speak just to earn enough respect to stay employed and safe, our modes of self-expression are still limited.”

This isn’t just a problem with black culture or the Kardashians. From celebrities to girls at music festivals to halloween costumes, cultural appropriation is a widespread issue that breeds a society which normalizes ignorance and hatred.

As a young, white girl from a privileged background, I’ve partaken in my share of that ignorance. Sometimes people are simply uneducated, and that’s okay. But when called out for making a mistake, do the opposite of the Kardashians. Learn from the experience, educate yourself and do better. 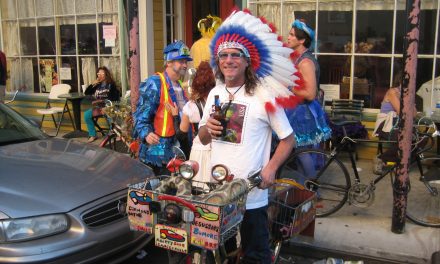