The Power of Knowledge 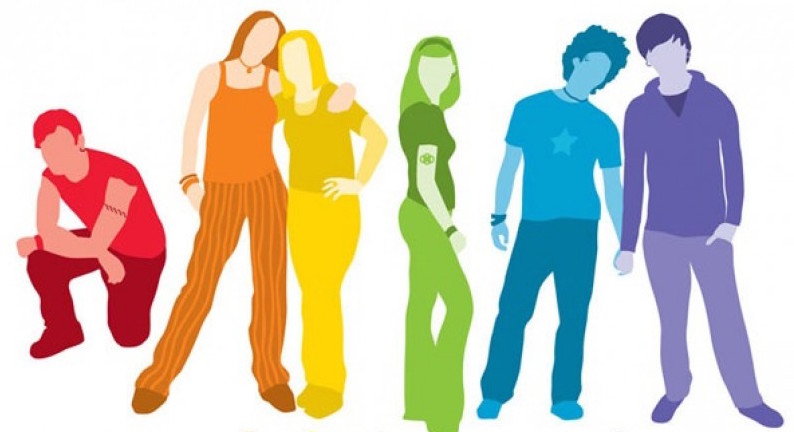 Sexuality can be described as the emotional, romantic, and sexual attractions one feels toward another. Heterosexuality, the most accepted identification, reflects a male being attracted to a female and vice versa. Homosexuality, often unaccepted, reflects attraction between two males or two females.

The personal is political is a phrase that implies that all decisions, thoughts, and mere being of individuals are products of societal forces. This concept effects people both directly and indirectly, as my experiences have taught me. If one chooses to oppose the LGB and Queer communities, the personal is political concept suggests that person’s oppositional position is involuntarily accepted. If one chooses to be an LGB and Queer communities ally, that stance is more voluntarily taken than the ladder, as it is taken against societal norms. I have grown up around individuals who identify across the spectrum, and I never opposed them. Being a straight female, though, I used to wonder why other people opposed them and I did not. I did not understand why someone else who is straight, just like me, could not accept the LGB and Queer communities. 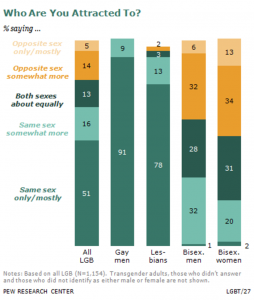 After expanding my knowledge, I now understand what I could not understand in the past. I now understand that the issue was never that I was overlooking some problem that so many people around me could see. My conclusion lies in the personal is political concept. The people who oppose the LGB and Queer communities involuntarily allow society to determine their position. Myself, and others like me, who do not identify as members of the LGB and Queer communities take a voluntary stance against allowing stigmas to determine our stances as allies. The personal is political concept, theories surrounding sexuality, and solely my willingness to learn about others unlike myself, has helped me understand myself, as well as LGB and Queer community members better. My educational journey, which everyone is entitled to, has helped me answer my own questions and find meanings. For those reasons, I believe my experiences should be shared. These concepts allowed me to learn and to progress from just an outside observer to an ally.

“To do otherwise would require us to rethink much of what passes as common sense and morality.” –Michael Warner

Learning the difference between moralism and morality is essential to my understanding of why some people oppose the LGB and Queer communities and others do not. Moralism is manmade, and moralists reinforce ethical norms that do not accurately reflect true morality. Moralism enforces heterosexuality and disempowers homosexuality. Morality is a true practice of morals, which entails authentic behaviors from individual people. Establishing the differences between the two concepts helped me realize that I am an ally to members of the LGB and Queer communities because, rather than allowing society to force me to believe they are wrong, I value my authentic morals that tell me no one should not be accepted due to their sexuality.

Homonormativity assumes that all gay people want to be straight people, or behave like straight people. It rewards individuals in the LGB and Queer communities who mimic heteronormativity, which entails the societal norms for people who are straight. Heteronormative standards imply that all romantic relations should adhere to aspects of society’s gender binary, such as one partner being masculine, and the other feminine, in appearance and behaviorally.

“Homosexuals whose gender conforms more to the norm can often be silently accepted.” –Michael Warner

Shortly after graduating from high school, I learned that one of my male classmates, Chase, is gay. When I found out, I was very shocked…but why? I started seeing more and more pictures on social media of Chase and his boyfriend. Neither of the guy’s appearance would make an observer question their sexual orientations being anything other than straight males. They do not share a relationship in which one partner is more masculine, or more feminine, than the other.

As an ally to the LGB and Queer communities who is willing to learn, I have learned why my reaction to the news was a feeling of surprise and almost disbelief. I have grown to understand that my reaction was a product of being accustomed to societal normalizations. Just because Chase and his boyfriend both appear to be straight men, the news was shocking. This showed me that even though I never took an oppositional stance against the LGB and Queer communities, I still expected what society tells people to expect. I likely would have been less surprised if Chase’s boyfriend wore dresses and makeup because that is what society has always convinced me to expect. Having a better understanding of my reaction and a broader knowledge about homonormativity and its shortcomings has helped me understand that not all couples, or individual people, who identify as members of the LGB and Queer communities will be the same.

Talking about the shortcomings surrounding homonormativity leads to a necessary discussion about the ethics of sexual shame in the LGB and Queer communities. While homonormativity rewards certain members of these communities, it also generates an exclusive community. These communities are becoming more prevalent in societies, structural standards are developing, and the acceptance standards exclude other aspects relevant to the communities. One of the subjects excluded is an equal quality of life, such as sexual autonomy. Sexual autonomy refers to feelings of shame of being wrong, shame of sexual practice, and feelings of guilt when talking about those feelings.

“The culture has thousands of ways for people to govern the sex of others—and not just harmful or coercive sex, like rape, but the most personal dimensions of pleasure, identity, and practice.” –Michael Warner 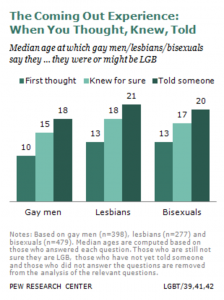 LGB and Queer couples often feel ashamed of their realities, which directly relates to the coming out process. For example, a female friend of mine named London was in a relationship with another female for a while before she told her family. Sexual autonomy is not a true reality because family members and media form ideas of sexuality. The norms are fundamentally built upon socialization and social values. Becoming more informed about the communities, I understand now members of the LGB and Queer communities are becoming more accepted yet some can still feel overwhelmingly excluded.

Another friend of mine, Danny, is bisexual. Identifying as bisexual means that Danny is attracted to both males and females. One big assumption in society is that if a person is going to be gay, he has to be completely gay. If he wants to exist outside society’s gender binary, he should only like and have relations with other males and not ask for anything more. Danny and many other bisexuals experience a lot of sexual shame because not only do they desire people of the same sex, they want the best of both worlds.

While I am not a member of the LGB or Queer community, the personal is political concept has helped me understand past situations I encountered. I have a better understanding of why some people oppose the communities for no apparent reason other than societal influences. I have a better understanding of why I was shocked to learn Chase is gay, even though I felt no negative feelings toward the news. I understand how communities that are becoming more prevalent in society can still manage to exclude individual members of the communities. I would not necessarily change the way any of the situations occurred because those experiences were developmentally fundamental to my educational journey.

I parallel my learning experiences with actor Sean Hayes’ learning experiences. Hayes is most renowned for his role as Jack McFarland, a gay character, on the television sitcom Will and Grace. Hayes has acted in many other productions as well. The actor did not come out about his sexual orientation for many years because he believed audiences would be more open to his characters as long as they did not know he is gay. During his acceptance speech at the 12th Annual Outfest Legacy Awards, Hayes apologized for not coming out sooner than he did. Hayes expressed a different type of shame, one empowering for the LGB and Queer communities. 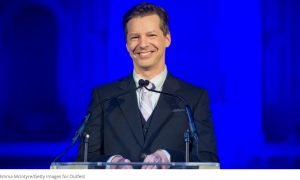 “Looking back at my choice to stay silent, I am ashamed and embarrassed. What was I thinking? … I know I should’ve come out sooner and I’m sorry for that. Especially when I think about the possibility that I might have made a difference in someone’s life.” —Sean Hayes

The actor is still successful and continuing his career. While I can relate these theories and concepts to my personal experiences, this mainstream experience helped me confirm the reality within my situations. It helped me put into perspective the importance of authentic moral characters. People who identify with LGB and Queer communities should be able to have autonomy to be who they are as an authentic individual, not who society convinces them they should be. People who are outside observers and allies to the communities should be those unique people in society. Looking back on my different experiences in the situations involving Chase, London, and Danny, I am thankful to have expanded my knowledge to give those situations meanings rather than forcing myself away from my friends. When it comes to situations of that nature, people should not allow moralism to drag you away from your real morality. Just as I believe members of the LGB and Queer communities are not wrong, these arguments I pose are not to say those who oppose the communities are wrong either. Instead, I believe those who do oppose should also further educate themselves to understand why they do oppose the communities if they have not already taken the time to do so. 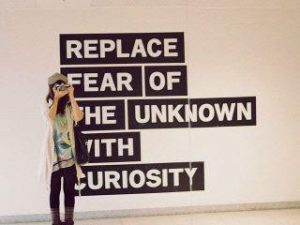 The increase in new technology, especially the use of social media in this generation provides gateways for us to learn and experience more. It allows us to step outside of our comfort zones because that is what it takes to help create a more diverse world and shared living space. New technology, social media, and other media effectively increase visibility. Professional research studies conclude that, even among disparities, acceptance is growing for the LGB and Queer communities. I learned to take advantage of these opportunities to learn more about other outgroups, learn more about inclusivity and what things are exclusive, and to support inclusivity.

“Only the educated are free.” –Epictetus